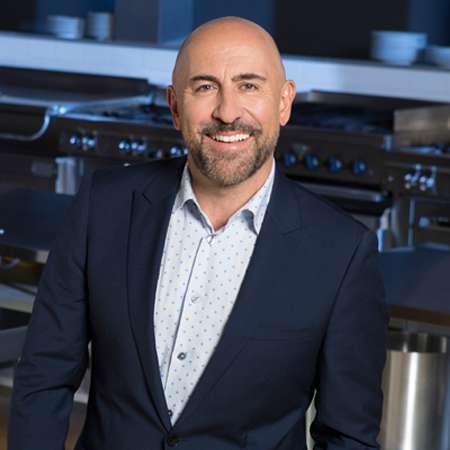 Italian-Canadian actor Carlo Rota is a well-known one, who has been known for his role in Little mosque on the Prairie and also for his appearance on the FOX series 24. He was born on the 17th of April, 1961 to mother Rina and father Dante Rota. His expertise and subsequent success in the field of acting has made him hugely popular amongst his fans that constantly search the details about his bio and career.

Rota was born to Italian parents in London and grew up in Soho.  After settling in Toronto, he began getting roles in Canadian TV series like Street Legal and the film like Thirty Two short Films About Glenn Gould. He also obtained the chance to host the Great Canadian Food Show and was nominated for the James Beard Award.  After this, he got a chance to appear in several TV series like La Femme Nikita, Traders, Adventure Inc., Queer as Folk, 24, Gospel of John, A Nero Wolfe Mystery, Relic Hunter etc. his appearance of Yasir Hamoudi in the Little Mosque on the Prairie, a CBC sitcom, was critically acclaimed. He also got a chance to star on the film Saw V and later obtained the recurring role of Morris O’ Brian on the sitcom 24. On La Femme Nikita, he portrayed Mick Schtoppel and as Giusepe Yakavetta on The Boondock Saints.

Apart from this, he has also obtained a chance to appear as a guest on several television series including Stargate Universe, White Collar, Grimm, Mentalist, Bones, and CSI: NY, Human Target, Breaking Bad etc. He also currently portrays the role of Edmund Wooler in the World Without End and is also the hose of Recipe to Riches, a reality show of Canada.

As far as the personal life of this versatile actor and culinary artist is to be considered, it can be said that he has been openly married and does not seem to hide details in regards to his personal life. He married his spouse, Nazneen Contractor on 2010. The couple had been dating since 2009 after meeting up on the sets of the sitcom 24. The couple instantly fell in love and tied the knot on 1st of April, 2010. They do not have any children yet. Rota has not been in an affair with anybody except his wife and his previous relationships and girlfriend history are not much known about. It seems that the couple is certainly getting along pretty well in their personal lives and will certainly not be heading towards divorce.

Carlo Rota certainly has made an impact in the entertainment fraternity through his acting credits. However, the actual net worth of this actor is not much known about. The salary of this actor too is hidden. He has a height of 5 feet and 8 inches.