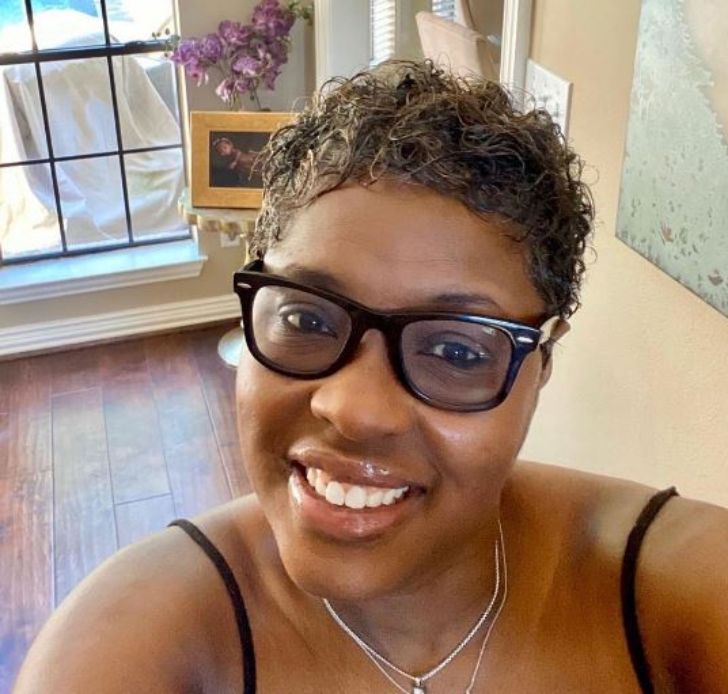 Carla Ferrell, an American radio personality is widely famous as the co-host of The Steve Harvey Morning Show, having joined as its program director initially.  Her endeavor in the nationally syndicated talk show of the USA indeed has broadened her popularity; it's all thanks to her radio career dedication of decades throughout many radio stations.

A happy wife and a mother to a child, Ferrell also serves as an advocate for Breast Cancer Awareness. Here we are with the biography of Carla including her personal life & career.

When Was Carla Ferrell Born? Age, Family, and Education

Ferrell was born on October 21, 1968, in Chicago, Illinois, the United States, to mother Patricia Ann Boatner. Further information on her father or her family background is yet to be out. An American by nationality, Carla Ferrell comes from a black ethnic background.

The Houston-raised attended Prairie View A&M University in 1986 and graduated in 1990 with BA in Communications and Media Studies.

Considered one of "Ten Most Influential Women in Radio" by the National Association of Black Female Executives in Music & Entertainment in 2001, Clara has received many accolades. She is the winner of the Midwest Radio and Music Association’s Grit Award in 2002. In 2004, she received the Program Director of the Year nomination by Radio and Records.

Then, following some years, Carla moved to New Orleans, Lousiana, in 2002, where she held the positions of operation manager at radio stations: WQUE-FM, WYLD-AM/FM, and KSTE-FM. And three years later, she would join The Steve Harvey Morning Show.

Since the 90s, the Chicago-born is active as a radio host and no wonder, after all these years, she stands on the top of her career. As of 2021, Carla Ferrell has an estimated net worth of $2 million. And as we are aware, most of her earnings came through her career as a radio personality.

Currently, she works as the co-host of The Steve Harvey Morning Show and programs director of The Sweat Hotel. Although Ferrell is low-key about her salary, she allegedly sums hundreds of thousand dollars (6-digit figure) annually. On average, the salary of a radio host in the United States is $44,800 per year.

Moreover, on her Instagram @lipsbycarla (52.4K followers in 2021), Carla endorses the wine product Stella Rose in a paid partnership. Also, she often mentions Head and Shoulders, Seagram's Escapes (food & beverage), and Chanel. As per calculation from the Influencer Marketing Hub tool, her Instagram has the potential to earn $208- $347 per sponsored post.

Carla Has A Daughter- Who Is She Married To? Name of Husband?

Carla Ferrell enjoys a blissful marital relationship with her husband of 16 years, Tosh D Ferrell. Her spouse Tosh is a mortgage banker as per his Instagram bio @tosh_d_ferrell.

On August 21, 2018, Carla shared an Instagram post on the occasion of their 14th wedding anniversary, suggesting that the duo married in August 2004.

CAPTION: Carla Ferrell and her husband Tosh; she shared an Instagram post on their 14th wedding anniversary SOURCE: [email protected]

They often are seen together on social media and seem to be living a healthy married life. Carla's Instagram post features special moments of her relationship and her husband's admiration for her.

Together, they are parents to a daughter named Tosha Ferrell, born on January 17, 2008. She turned 13 years old in 2021. Carla Ferrell's daughter Tosha is a cheerleader in her junior high school and has an association with Imperial Athletics.

The family of three currently lives in Chicago.

An avid Twitter user (@)LipsbyCarla) with over 74.7K followers, Carla, in her spare time, likes to read, listen to music, and involves in volunteer works.