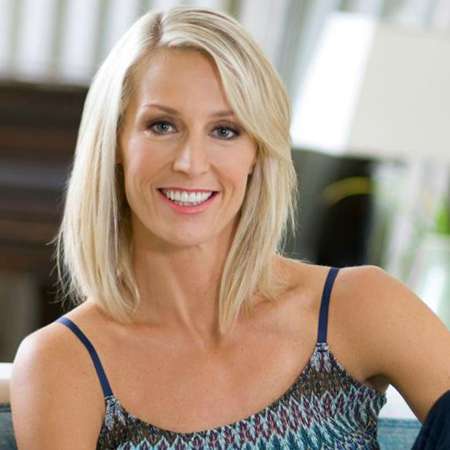 Candice Olson is a Canadian designer and also the popular host of the Toronto-based home-makeover shows Candice Tells All and Divine Design. She was born on October 27, 1964. She hasn’t revealed much of information related to her birth, childhood and parents. Olson is a talented designer with notable talents and remarkable skills and also very creative in nature which is the reason behind her success in the field of designing.

She studied at the University of Calgary, and later went to the school of Interior Design at Ryerson University in Toronto. While at the University she was traveling the world playing volleyball for the Canadian National Woman’s Volleyball Team. However, she soon headed for Toronto to fulfill her lifelong dream of becoming a designer. She sharpens her skills for few years in several of Canada’s Top interior design Firms.

It was the year 1994 when this very talented designer established her own residential and commercial design practice, named as Candice Olson Design, based in Metro Toronto, Ontario, Canada. In the fall of 2001, Divine Design started on Canada’s W Network and quickly establish itself as network’s flagship show. The series was even premiered on HGTVV in the United States in more than 90 million homes after two years in 2003.

In the year 2011, Candice’s new series, 'Candice Tells All' was premiered on HGTV and also debuted on the W Network in Canada on 6th of January 2011. In 2006, Olson introduced her first book; Candice Olson on Design: Inspiration and Ideas for Your Home.

In the book, she shares design secrets, practical advice, and small tips to help readers plan and executive successful room makeovers. Her book was highly appreciated by the public. She again published her second book on March 22, 2011, named as Candice Olson: Kitchen & Bathrooms which was also a huge success book.

Heading towards her personal life, beautiful lady is married to her longtime boyfriend Jurij Senneckke. Her husband is a builder by profession. The couple has two beautiful children together Beckett and Piper. Both of pregnancies issues were discussed on several episodes of Divine Design during the second and fourth seasons.  The couple seems very happy and in love together which is the reason that their relationship is still going very strong. Currently, the happy family resides in the Toronto Metropolitan area.

This 51-year-old beautiful personality is not only talented and beautiful but also very down to earth at the same time. Currently, her net worth is estimated at $10 million dollars. She is very active on social networking sites including Facebook, Twitter, Instagram through which she frequently interacts with her fans. For more detailed information of Candice Olson, one can go through the sites like wiki and IMDb.