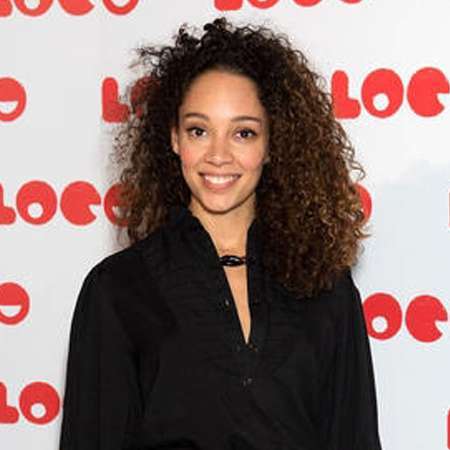 Camilla Marie Beeput, simply famous as Camilla or Camilla Beeput, is a talented actress both on stage and television. She was born on September 9, 1984, in Westminster but raised and spent her childhood at Brent, both in North London. She is English by nationality.

Camilla Beeput made her breakthrough into acting when theater director Paul Kerryson saw her on the reality television competition show Fame Academy, in2002. After the end of Fame Academy, she went on to star in Kerryson's production 'West Side Story' as Maria at Leicester Haymarket Theater. The play was for the production of music, based on the book by Arthur Laurents, inspired by William Shakespeare's play Romeo and Juliet. Camilla got many positive reviews from critics and later played in 'Money to Burn' at London's The Venue.

Camilla Beeput also made an appearance in the ITV's series Footballers' wives and later her talents and dedication opened a door to more opportunities and earned a lead role as Rose in 'Daddy Cool', a London West End production. The play was based on the music of Boney M. held at Shaftesbury and later went on touring around Europe. She then subsequently appeared in Bad Girls: The Musical as Crystal Gordon from the month of August till November 2007. Camilla also played in the Tarell Alvin McCrany's In The Red And Brown Water, produced by Shun in the Young Vic.

Camilla Beeput, in 2006, wrote and recorded “Don't Hold Back” featuring rapper and member of EPMD ( Erick and Parrish Making Dollar) Erick Sermon and was released on 28th August. As a singer, she again recorded a song called “Oh What You Did” featuring Juelz Santana, a member of New York rap group called Dipset, but the recordings was not officially released.

After appearing in ITV1's Footballers' Wives, as the girlfriend of gay footballer Noah Alexander, Camilla Beeput portrayed Aimee in the comedy series on Channel 4 titled 'Plus One' in 2008. She then later appeared on BBC One's 'Doctors'. In 2009 and 2010, Camilla played as Lee Ann in the comedy series 'Lunch Monkeys' on BBC Three. She also appeared on Channel 4's 'Top Boy', where she took the role of Natalie in 2011.

Camilla Beeput made an appearance in the series 1 episode 5 of 'Grantchester' as the seductive siren,jazz nightclub singer and was featured on the soundtrack “Gloria Dee and her Quarter” along with John Lunn, a television composer. She played Sally Whitechurch in one episode of BBC1's 'New Trick' in August 2015.
Camilla's films credits include The Bill, Law & Order, Push, Peep Show, Death in Paradise, and White Van Man.

Camilla's personal life is not much known as she managed to keep away from media, despite their attentions. She has a nice slim-fit body with 5' 6'' (1.68 m) in height. Till now, information about her net worth and salary are not disclosed by any source. However, one can read her biography on several websites and also follow her on several social networking sites.