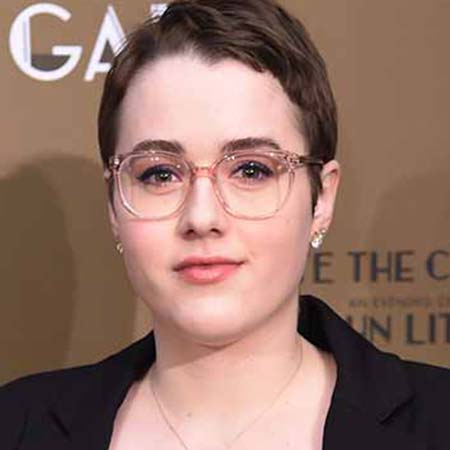 Caitlin Kinnunen is an actress best known for her role in the American comedy film The Intern. Similarly, she is also known for her works in the series and films such as Sweet Little Lies, Younger, It’s Kind of a Funny Story and The Kinck.

As per the Wikipedia, Caitlin Kinnunen celebrates her birthday on November 8. She was born in 1991 in Washington, the United States of America under the birth sign Scorpio. She belongs to the white ethnicity and holds American nationality.

She spent her childhood with her sister in her hometown.

HAPPY BIRTHDAY @jwkinnunen!!!!!!!!!! It’s my sisters birthday and she’s the best so here’s a subtle album starting with a #tbt I LOVE YOU JULIA

She is very private when it comes to her personal life so, the details regarding her parents and educational background are unavailable.

Caitlin Kinnunen is a rising star of the industry. The actress is based out of NYC who started her Broadway in Spring Awakening when she was just 16 years old. She appeared on the Broadway shows like in The Bridges of Madison Country and Spring Awakening.

Her smashing performance in the musical The Prom earned her huge fame. She has been nominated for a Tony Award for Best Performance by a Leading Actress in a Musical.

Besides, Caitlin is also a TV/Movie actor and appeared in the film The Intern in 2015 alongside Anne Hathaway, Robert De Niro, Rene Russo, Adam DeVine and among others. The movie made under the budget of $35 to $44 million, earned $194.6 million at the box office. Likewise, she is also famous for her performances in Younger, The Knick, Sweet Little Lies, It's Kind Of A Funny Story, and Law & Order: SVU.

Caitlin Kinnunen has not disclosed the accurate figure of her net worth, but as per some online sources, she owns $1.4 million as of 2019, June. The average salary of $39.84 per hour and $50305 per year of an actor. The actress makes money from her work in the movies and TV shows.

Caitlin Kinnunen is a member of the LGBTQ community. The actress came out as a lesbian in an interview along with Nylon magazine. Talking to Nylon, the actress revealed that she was in a relationship with an unknown woman.

Kinnunen talked about her role portrayals in the musical and confessed that she is in a romantic relationship with a woman.

Kinnunen plays the role of gay in the comedy musical, The Prom alongside Isabelle McCalla but it is not confirmed that she is dating her in her real-life or not.

The actress has not revealed the name of her girlfriend but she frequently flaunts the cozy pictures with Isabelle on her Instagram.