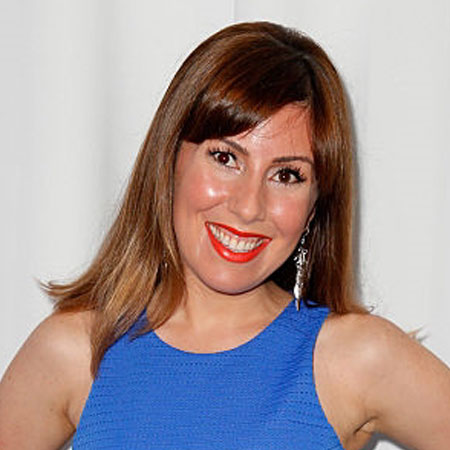 Caitlin Barlow is an American actress and a producer best known for appearing as Cecilia Cannon in the TV series 'Teachers' which airs on TV Land. Barlow came to fame from short, comedy film named Brookfield Ladies' TV CLUB: Breaking Bad as Diane which was released on 2013, September 22.

Caitlin's ethnicity is white and belongs to American nationality.

Caitlin Barlow was born and raised in Chicago, Illinois, US. Before fame, Barlow was actual an elementary School teacher. Later she earned her M.A in Bilingual Education from DePaul University. Barlow taught fourth grade in Chicago Public School before moving to Los Angelos and pursuing her dreams.

Caitlin Barlow's family moved a lot when she was small and landed in Rolling Meadows when she was 12. Barlow attended Plum Grove Junior High School and later moved to Palatine's Fremd High School, where she got her first opportunity for a comic role on the stage, the nasty queen, in the musical "Once Upon a Matress."

After her graduation, Barlow zoomed in Illinois State University. Later, she went to Japan to teach English as a second language. 'It was a pretty tough challenge to teach them' says Barlow. Teaching was Barlow's all-time favorite hobby as she fell in love doing this work later.

Later, in Chicago, Caitlin Barlow used to teach by day and even work as a comedian by night. Barlow was active member in the Chicago Comedy Community. She used to perform various improvisations and sketch comedy shows at the iO Theater, The Annoyance Theater, and The Second City.

Barlow has performed in several comedic shorts including "Tool T-shirt," which let her win 2011 award for Best Comedic Short at Just For Laughs Festival's award for. Barlow helped to form the Katydids in 2009, and soon the group began performing improv shows at various theaters.

Barlow currently appears in a comedy TV series Teachers where she stars along with Cate Freedman, Katy Colloton, etc.

Caitlin Barlow is not married yet. She is single at present and is not linked with anyone. Barlow is too much concerned about her private pieces of stuff that she might not want people to know about her personal life.

Barlow was interested in teaching from the very first and has worked as a teacher in her early career. She even revealed in an interview that comedy was her hobby and performed even when she was in Japan.

The women with fame, fortune, and money, Caitlin Barlow has already established herself as a famous face on American television. Her TV series Teachers is quite famous among the fans and has grossed well at the box office.