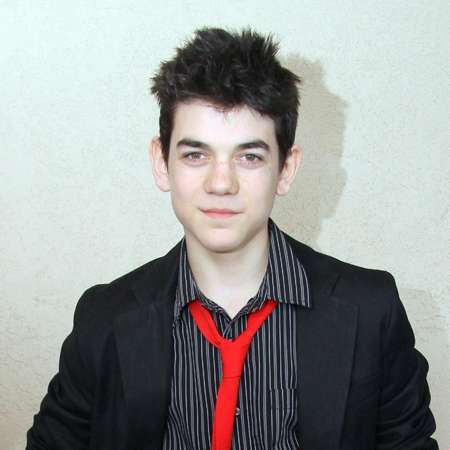 Cainan Wiebe was born on August 27, 1995, in British Columbia, Canada. He spent most of his childhood days with his sibling, Hailey Morgan. He had huge acting skills and was also very interested in taking up an acting career. With the consent and guidance of his family, Cainan went on to become a child actor. Cainan is of Canadian nationality and of white ethnicity.

Cainan began his acting career in 2004’s Dead Like Me as a Little Boy. Since then he has been seen in movies and TV series like The 4400, Black Christmas, The Sandlot: Heading Home, Masters of Horror, Tin Man, Supernatural as Barry Cook, Dinosaur Train as Todd and Diary of a Wimpy Kid as Quentin. He is also known for his appearance in The Boy Who Cried Werewolf as Rob, The Twilight Saga: Eclipse as a Young Vampire, Falling Skies, A Mother's Nightmare as Shwarzstein, R.L. Stine's The Haunting Hour as Dexter and Tony's Chance as Ryan. He is mostly noted for his performance in 16 Wishes as Mike Jensen and for his character Alexei in TV series, Sanctuary. He has had a successful career till date. Cainan has won two Young Artist awards among many other nominations.

Cainan does not have a long dating history which may be due to his age. He has not revealed much about his girlfriend. The media a s sumes that he does not have a girlfriend. Cainan is reluctant on speaking about his personal life in front of the media. He is too young to be married or have children. He is currently very much focused on his work. Cainan has always wanted to become a successful actor while growing up. Thus, he is seen mostly focusing on his acting and singing skills and his academic career. He, unlike many of the celebrities of his age is seen usually working rather than with girlfriends. Cainan has not even revealed his sexual orientation. There have been a s sumptions that he is gay. But the rumors have not been addressed to.

Cainan is currently 20 years old. He stands at the height of 5 feet 9 inches. His weight is unknown. He has a cute face and a perfect body .Cainan has a huge fan following ranging from young girls to adults. Cainan has never ceased to amaze his audience with his performance in TV series. Cainan’s net worth has not been estimated to date but it is known that his earnings are very high. He has inspired many youths of his age. It is known that he is earning a huge salary from his work in many movies. The bio of the very talented, young and handsome, Cainan Wiebe can be found on various social media sites like Wiki, IMDb, Twitter, Instagram and more.