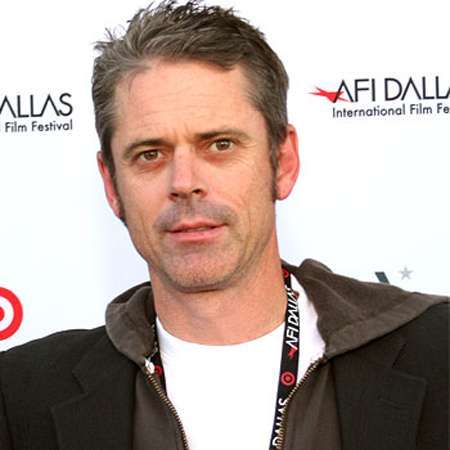 C. Thomas Howell was born on December 7, 1966, and by now his age is 49. Howell was born in Van Nuys, California, United States and he was raised in California along with his three siblings. Howell is the son of Christopher N and Candace Howell. Howell's nationality is American. And he is white according to Howell's ethnicity. He has two sisters Stacy Howell and Candi Howell and a brother John Howell.

C. Thomas Howell attended Saugus High School and he graduated in 1984. Later he joined The National Conservatory where he studied Drama Art.

C. Thomas Howell made his debut in the acting field from 1982 movie E.T. the Extra-Terrestrial where he played the role of Tyler. He was featured in the character of Jim Halsey in American road action-horror film The Hitcher in 1986. In 1989, Howell made his acting presence in the movie The Return of the Musketeers as Raoul. As Thomas Chamberlain, he appeared in epic war film Gettysburg.

In 1997, he was featured in several movies including, Matter of Trust, Laws of Deception, Dead Fire, and Dilemma.In 1999, he made his acting presence in crime thriller film The Crimson Code as J.B. Gaines. Same year Howell was also featured in action crime film Hot Boyz. C. Thomas Howell has also been featured in other hit movies, The Hitcher II: I've Been Waiting, The Da Vinci Treasure, H. G. Wells' War of the Worlds, Woodlawn and much more. His upcoming movies are LBJ, Advance & Retreat and Blue Weekend.

Howell has been star face on the TV screen, where he has made his acting presence in various several renown series including Dead Man's Gun, Summerland, ER, Criminal Minds, Girlfriends' Guide to Divorce, Sleepy Hollow, and many others.Â

Thomas Howell has shared his relation with many ladies in the past and his current relational status is married. Howell's sexual orientation is straight and he has been married twice.

C. ThomasÂ had an affair with an American actress, television personality Kyle Richards. Later Howell started dating actress Rae Dawn Chong whom he met during the shooting of comedy film Soul Man. And they married in 1989 in a private event and they separated after a year in 1990.

He was married for the second time with his girlfriend Sylvie Anderson in 1992. And he has three children with his wife, two daughters Isabelle and Dashiell and a son Liam. Howell currently lives with his wife and children in Stevenson Ranch, California. In the past, there were rumors relating his affair with Sheree J. Wilson.

Howell has maintained a net worth of 4 million dollars but his salary updates are missing. Howell's bio is updated in IMDb and his fans also visit Wikipedia for his detail information relating his bio. Howell has also been active in a social network to interact with his fans.Â