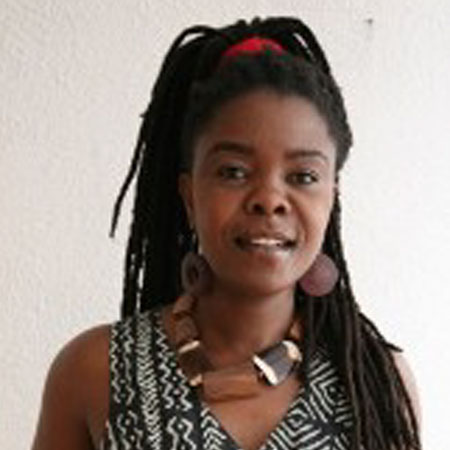 Busi Ncube is a professional Mbira singer who is a founding member of the Afro-Fusion band named Illanga. The band is considered as the most talented musical band in Zimbabwe. She currently serves as a teacher and teaches music at the Oslo Music Academy in Norway.

Ncube was born on June 15, 1963, in Bulawayo, Zimbabwe. She is Zimbabwean by nationality and belongs to the black ethnicity. She is a daughter born to Sunday Ncube (her father) who is also from the musical background. She has seven sisters including her twin sister whose name is Pathie Ncube.

Ncube started singing at the age of 12. She and seven of her sisters sang as a choir in choral church music, traditional music, and other ceremonies. She started playing percussion and ngoma from a very early age. She later went on to perform in the group named Ebony Sheik with her twin sister, Pathie and her elder sister, Doreen.

Ncube joined the band named Illanga in 1987. Illanga was a band formed in 1986 by various musicians who had grouped together after leaving various groups. The band consists of Don Gumbo, Andy Brown, Virgillio Ignacia, Gibson Nyoni, Charles Mangena, Keith Farquharson, and Busi Ncube.

Illanga recorded their first single, "Thandiwe" which was produced and released on One World Label by Ben Miller, a veteran rock musician who owned a 16-track recording studio. The band gained a ma s sive popularity in a short period and was regarded as the most talented band in Zimbabwe as it had versatile vocalists and instrumentalists.

Ncube left the band and formed her own band named Rain. She released her latest album named Salundela with the new band. The CD was released under the Ethnikk Music Club label and is distributed by Norway Plateompaniet.no.  The national newspaper Aftenposten.no has placed this album as the best CD coming out of Africa.

Ncube has reached the age of 53. She is married and has two children. She currently serves as a music teacher at the Oslo Music Academy in Norway.

Ncube married her boyfriend with whom she had been in an affair for a long time. The couple is blessed with two children named Tendayi and Angela. She currently lives with her family.

cube belongs to the family with the strong musical background. Her father, Sunday Ncube is a professional double ba s s player. He has provided the vocals in township jazz band in Bulawayo in the early 60s. Her sisters have sung as a choir in various ceremonies. Her elder sister, Doreen has sung for the band named The Pied Pipers Band.

Ncube has a good earning from her singing career and has maintained an impressive net worth in her life. She does not seem to be active on social networking sites.