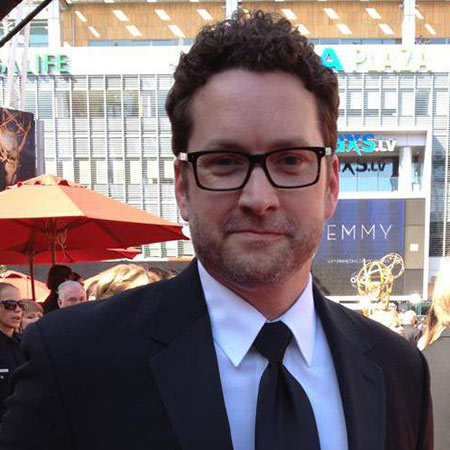 Burnie Burns is an American writer, actor, comedian, producer, host as well as director, known for his contributions in machinima, a form of film-making company that uses video game technology in its production and also works with animation and live action.

Burns was a co-founder and Chef executive officer who is currently the chief creative officer of Rooster Teeth. He is also known for his work in the field of hosting and podcasting.

Burnie Burns was born as Michael Justin on January 18, 1973, in Rochester, New York, United States.  He has French-Canadian ethnicity and holds an American nationality.

Burns grew up in Texas along with his father, a Physics Professor in Desert Super Collider. He was given his nickname "Burnie" by an Alief Elsik High School senior to separate him from the many Michaels in his cla s s.

Later, he earned a Bachelor of Arts in Computer Science in 1995 from The University of Texas at Austin.

After his education, he started video production at K29HW-D in Texas Student Television. He conducted interviews and reviewed films during his time with TSTV for the longest running television program in the world Sneak Peek.

Burns wanted to make a movie in his final year of university with help from his roommates at that time Joel Heyman and Matt Hullum in 1997. They made a budget movie and named it The Schedule during a short period, and that’s when he started his production career. As the film was not distributed properly and screened only in a few festivals, Burns got frustrated.

Later Burns partnered Gus Sorola and Geoff Ramsey in one of their Internet ventures drunkgamers.com creating voiceover-enhanced videos of games for the website.

Burns stated that the discussion was "the spark for the whole series." Burns then created a short trailer for Red vs. Blue and released it on September 5, 2002, on their website which was unable to make any impact and was removed from the web. Burnie Burns also participated in episodes of a comedy show called midnight and the show called The Amazing Race in 2015.

Burns appeared in the short film called Hit, playing the role of Officer Harris and the comedy-drama, The Outfield in 2015.  He will also be featured in a co-lead role in the upcoming comedy movie Slash in 2016.

Burns is the owner of www.burnie.com at present and working as a producer and busy in acting as well.

Burnie Burns married Jordan Burns on August 2000 and had two children. Unfortunately, they divorced in December 2011.

Later, Burns again got engaged in a relationship with his girlfriend, Ashley Jenkins on May 2016. Ashley Jenkins is an American on-camera host who is a founding member of Ubisoft's all-female professional gaming group, the Frag Dolls.

Burnie Burns is a successful producer as well as an actor, and it’s no doubt a person like him earns a huge amount of salary. With his successful career, he is reported to hold an estimated net worth of around $5 million.