Brynn Adela Rumfallo, 18, gained recognition in the entertainment industry from America's Got Talent season eight as one of the members of the dance group Fresh Faces. Similarly, she is also popular as a member of the hit reality show, Dance Moms.

Brynn Erin Ashlee Rumfallo was born on 1st July 2003 in Phoenix, Arizona, the United States of America to Ashlee Allen and Aaron Rumfallo. She is 18 years old as of 2021 and has a mixed ethnic race. 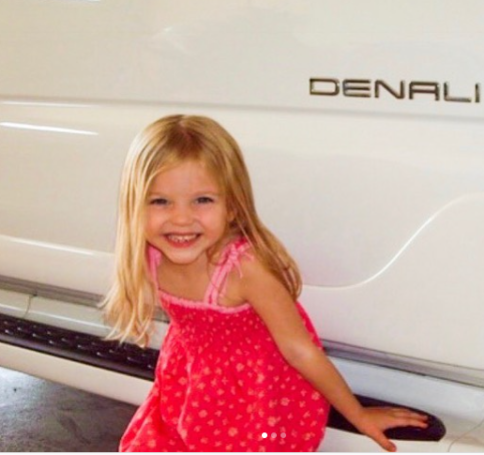 Rumfallo Began Her Dance Journey At 2

The 18-year-old reality star began dancing at the young age of two. In 2013, she joined the dance group Fresh Faces. The same year, they participated in the eighth season of America's Got Talent and gained recognition.

She grabbed both media and public attention with her contemporary dance styles. In 2014, Brynn even won the Mini Female Best Dancer, a very prestigious dance title.

That year, she became a model for Miss Behave Girls and has been modeling for them since then. Likewise, in July 2016, Rumfallo became the brand amba s sador for Miss Fit by Miss Behave which sells comfy and stylish clothes for girls and dancers. 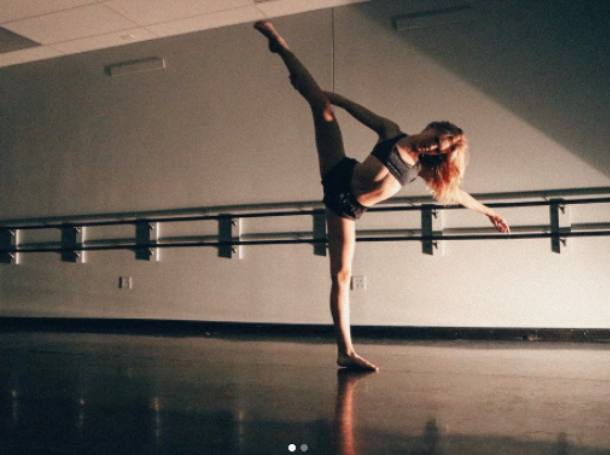 In October 2015, she joined the cast of hit reality television show Dance Moms replacing fan favorite Maddie Ziegler. She has left the show to film a movie.

Though she came as a replacement, Brynn quickly became a fan favorite and was given the opportunity to be a full-time member of the team for season six. She and her mother Ashlee Allen left the show at the end of season seven.

Apart from dancing, she has also worked for several brands including Abby Lee Apparel and California Kisses Dancewear. She designed and released a clothing line (on her 14th birthday) called Brynn Rumfallo Collection.

Rumfallo's primary source of income is her successful dancing and modeling career. In a similar way, her social media platforms like Instagram, YouTube, and TikTok also add up a decent amount to her fortune.

Her endorsement deals and sponsorship with big brands. As of May 2021, she has over 400k subscribers on her self-titled YouTube channel, over 3M followers on Instagram, 17.2k followers on Twitter, and 613.6k followers on TikTok. 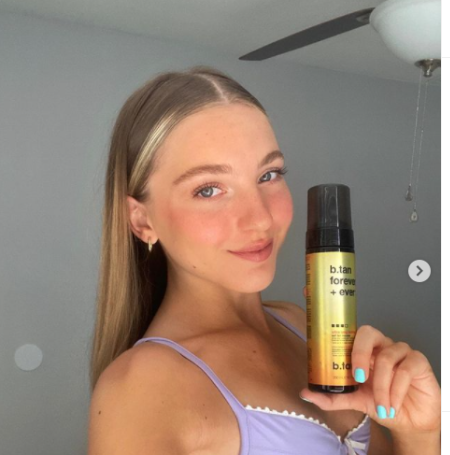 According to Influencer Marketing Hub, Rumfallo reportedly makes $5,965 to $9,942.5 per paid post from Instagram where she has an engagement rate of 2.20%.

Talking about her TikTok earnings, her estimated earnings per post range from between $984 to $1,476. According to various sources, her net worth is estimated at around $500,000 as of May 2021.

The Dance Mom star is reportedly single as of 2021. The social media influencer was previously in a romantic relationship with Hunter Barth.

The couple began dating while they were in high school. During that time, he played football and she was a cheerleader. Brynn even went to prom with Barth in 2019.

On 7th December 2020, Brynn posted the last few photos of her and Hunter with "last dance together, a lot of lasts this year" in the caption. 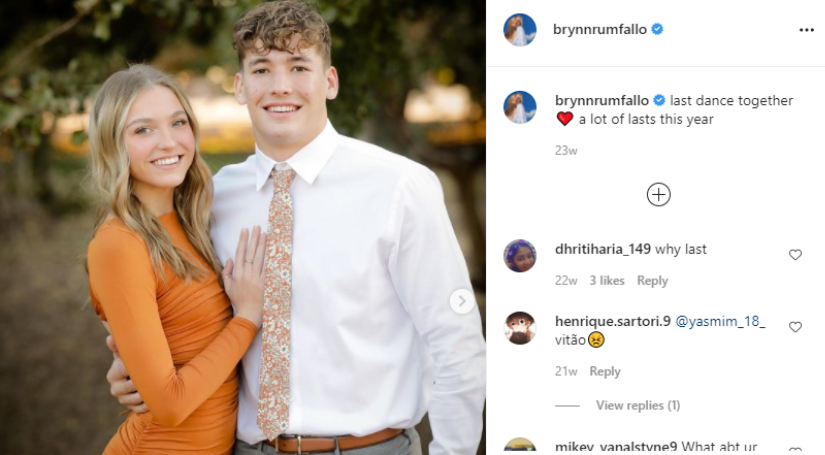 CAPTION: Rumfallo and Hunter began dating while they were still in high school SOURCE: Instagram @brynnrumfallo

Similarly, as per sources, he also deleted pictures of her off his Instagram profile. In early-2021, rumors regarding their breakup began circulating.

Though both of them kept quiet regarding the news. Hopefully, the couple will let their fans learn more about their relationship status.