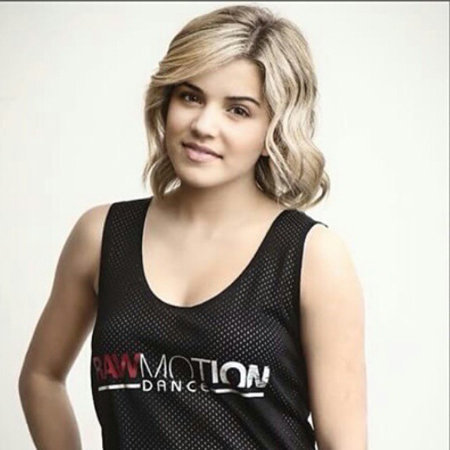 Brittany Raymond is a Canadian actress and dancer. She is best recognized for her portrayal as Riley in the dance family series, The Next Step. She has been nominated for several awards in her career and has won the 5th Canadian Screen Awards in 2017.

Raymond was born on February 24, 1995, in Brampton, Ontario, Canada. This girl of Canadian nationality has been on all the sequels of the series and is also currently involved in a country tour.

Little information is available about Brittany’s education and childhood. However, the fact that shows her dedication towards the art of dance is that she started dancing at the mere age of four. Competitively, she started to dance at the age of six.

Raymond started her career started at the age of 16 when she was inducted to act in the series Katie Chats.

Owing to her exceptional dancing skills, Raymond was called upon to act as Riley in the Family Channel series The Next Step. This Canadian teen drama, produced by Temple Street Productions and created by Frank van Keeken revolves around a group of dancers. These dancers are shown to attend The Next Step Dance Studio and work their best to win a series of dance competitions.

Raymond plays the lead role in the drama alongside Trevor Tordjman who plays the role of James. James and Riley have been shown as boyfriend and girlfriend and their relationship is portrayed as an on and off affair.

This series, which premiered on the Family Channel on March 8, 2013, has the record of the largest audience of any series in the channel. Filmed in Ontario, Canada, this series has recently been started for a third season on March 16.

Raymond’s expertise does not only lie in acting but she is also a world-cla s s teacher at Joanne Chapman’s School of Dance. Her expertise and interest lie in the hip-hop and contemporary styles of dance.

Brittany’s personal life is a mystery to her fans. Not much information about her is available. At the mere age of 20, it can be very well speculated that she has never been married nor has had a divorce.

There is no current news about her having a boyfriend or about her sexuality. It is known that she has a sister named Samantha. Also, she is said to love banana chips and her favorite color and movie are purple and Crazy, Stupid, Love respectively.  Adele and Hedley are her favorite singers while One Direction is her favorite band.

Brittany Raymond's Net Worth And Salary

Brittany’s net worth is expected to be close to thousands of dollars. However, her exact amount of net worth is not a well-known fact but it can be safely a s sumed that her net worth has increased over the past few years owing to the popularity of the show and her role as Riley.