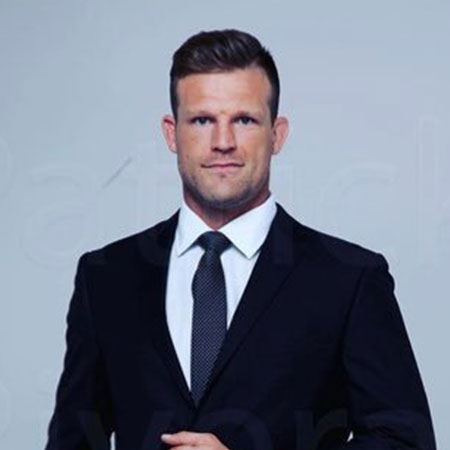 The famous American Mixed Martial Artist, Bristol Marunde is famously known as the co-hosts of HGTV show, Flip or Flop alongside his wife, Aubrey Marunde. He is also famous for competing in the Welterweight division. Once he was a contestant on The Ultimate Fighter: Team  Carwin vs. Team Nelson.

Bristol Marunde was born under the birth sign Taurus on April 20, 1982, in  Fairbanks, Alaska, United States. He was raised alongside his sibling, Jesse Marunde.

During his childhood, he moved to Sequim, Washington near Seattle along with his family member. Originally he is from Fairbanks, Alaska.

The UFC fighter, Bristol Marunde started his career as an MMA fighter in 2005 in Strikeforce Middleweight Champion Ronaldo Souza as a late replacement for Derek Brunson at Strikeforce: Tate vs. Rousey. Later on, he was chosen as a contestant on The Ultimate Fighter: Team Carwin vs. Team Nelson.

In the opening round, he faced George Lockhart and he was selected by Shane Carwin as his second pick. In the fourth round, he won the fight with a unanimous decision. In the quarter-final round, he lost by decision to Neil Magny.

In April 2013, he made his professional UFC debut where he experienced promotional newcomer in a Welterweight bout.

After UFC career, Bristol went the ROTR Welterweight Championship at Combat MMA Games: Super Brawl 1 where he faced Ian Williams. Since April 6, 2017, he and his wife Aubrey Marunde is hosting HGTV’s Flip or Flop Vegas.

Bristol Marunde is a married man. He shared the wedding vows with his longtime girlfriend turned wife, Aubrey Marunde on May 24, 2015.

The couple met for the first time in 2009 at UFC fight in Las Vegas through their common friend, John Guns. Following their first meeting, they went for a coffee date. After six years of their relationship, they wedded in their backyard.

Together the married couple has welcomed two kids: sons Kyle and Kale.