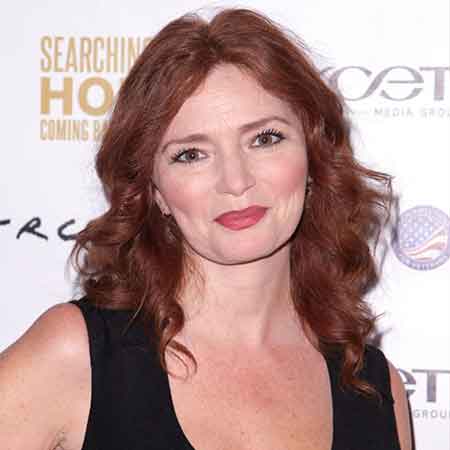 Brigid Brannagh a popular American actress is well recognized for her roles in the series, Army Wives (2007), Over There (2005) and Runaways (2017).

Brannagh was born Brigid E. Walsh on August 3, 1972, in San Francisco, California, USA. Brigid was born as the fourth child in a family of nine children.

At the age of 12, she started auditioning for roles.

Brannagh started her career as a movies star appearing first time in the 1988 movie The Wrong Guys. In 1989, she appeared in an episode of the TV series, Jake and the Fatman as Cheryl Thompson.

The following she got her big break in the entertainment industry after landing one of the lead roles in the sitcom True Colors, a series based on an interracial family. She portrayed the character Katie Davis from 1990 to 1992.

She took other notable roles in Kindred: The Embraced and Brooklyn South in the 90's. In 2003 she played the part of Rubie in an episode named First Flight of the TV series Star Trek: Enterprise. She also appeared as the main character Vanessa Dumphy in the television series Over There in 2005. Other than that she is credited for her roles in Standoff, Falling in Love with the Girl Next Door, and Standoff among others.

She played a recurring role of Virginia Bryce in Angel between 2000 and 2001. In 2007, she played the character Pamela Moran in the TV series  Army Wives. She was part of the show until season 6.

After leaving Army Wives she joined the cast of the proposed ABC drama series Gilded Lillys as Elizabeth.  As of 2017, she has starred in the movie You Get Me as Corrinne and TV series Runaways as Stacey Yorkes.

Brigid Brannagh garnered a good net worth from her prolific career which is estimated not less than a $1 million. As per the sources, the main cast of Army Wives was paid five-figure paycheque per episode, so Brannagh also being one of the leads earned around the same sum.

Brannagh is a married woman; tied the knot with her boyfriend Justin Lyons in 2000.

There are no rumors of their divorce till this time which is proof that the couple is very much in love.

She is not active in any of the social media.

Check out this video where she talks about her role in the Runaways.