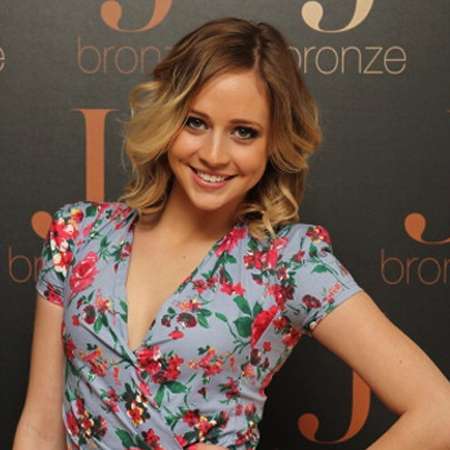 Actress Briden was born on 15 April 1992 in Australia. She has been trained for singing since she was three at Brent Street, a school which was run by her mother, Jacqui, and Sisters Karen and Marianne Howard. She graduated from Newtown Performing Arts High School in Australia. During her schooling, she was a frequent performer of Channel 9’s “The Kerri-Anne show” and “Mornings with Channel 9”.

Starr began her career at a very early age, at the just age of 14 she was featured on a big screen in Razzle Dazzle in a role of Michelle.At the age of 17, she contracted with MTV hosting a live show called “MTV Summer Series – MTV plugs into Dreamworld”. She also was in the original Australian cast of Hairspray, The musical in the role of Shelly.
Briden was cast in the Baz Lhurmans film "the Great Gatsby" as a role of "Gilda Grey". She also played the role of Jessica in the X-men saga, ‘The Wolverine’.
Taking the step forward to her modeling, she was crowned Miss Tourism World Australia and was runner-up Miss Universe Australia 2014.
Recently she has released her debut single “Pyromania” which was produced at Sydney’s Music Entourage Studios and is currently busy in her second single production.

Beautiful Briden is not married but is in the relationship with Australian actor and singer Nick Westaway. Recently they were spotted getting cozy at a recent Sydney Kings basketball games. According to the source, they are having a good time together.
A rumor there is a contestant of X-factor; Briden Starr has the affair with One Directions’ Harry Styles. During a show harry said, “"I think I'm in love with them, I'm not even kidding,'' pointing out Starr, his favorite as "definitely the one with the short hair.''
Briden was commented with hate filled messages after flirting with One Directions’ frontman Harry Styles. She was threatened to be thrown under the bus by her fans. The fans did not want to see Starr dating someone who was younger than her.
There is no any news related to her previous marriage, divorce, and extra affairs.

During an interview, Starr mentioned that she is a huge fan of Australian designers. She says, “I love supporting our Australian brands e.g. - Alex Perry, Bec & Bridge, Rachel Gilbert and especially our little boutique brands!”

Briden Starr is the youth brand ambassador for “stop youth suicide” and the daily telegraphs “stop the trolls” campaigns against online bullying.
She is also an art teacher at The Village Performing Arts Centre.
In an interview, she said, “With my work I do a lot of charity performances and especially love visiting children’s hospitals. I feel this is a huge eye opener to the small nerves or the knock backs we receive every day in this industry.”

It is estimated that Starr’s net worth, the annual salary is $4.5 million. Her perfect body shape with the measurements of 32-26-35 and the height of 5 feet 9 inch looks absolutely perfect on screen.
Beautiful Starr has graced the television with her intellect and beauty for many years and will surely be doing for several more years to come.