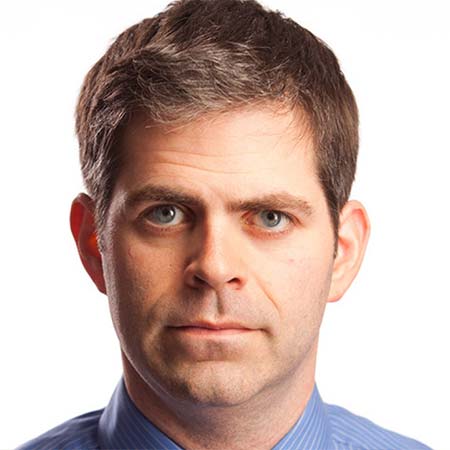 Brian Wecht is an American actor, comedian, musician, producer, social media manager, songwriter, and retired theoretical physicist famous as one of the duo of Ninja Sex Party. He is also one of the team members of the web series, Game Grumps.

Ninja Brian AKA Brian Wecht was born on April 22, 1975, in Pompton Plains, New Jersey, USA; however, he grew up in London. He has an American nationality while ethnicity-wise, he belongs to White Americans.

Wecht graduated from the University of California, San Diego where he received his Ph.D. in particle physics. So yes, we have to call him, Dr. Wecht. Before attending the University of San Diego for his graduation, he was enrolled at the Williams College.

Dr. Brian Wecht started his career as a researcher at the Harvard University, the Center for Theoretical Physics at the Ma s sachusetts Institute of Technology, the Institue for Advanced Study, and the University of Michigan.

Later, he joined the Queen Mary University of London as a faculty member where he worked on different subjects from string theory to quantum field theory.

In 2015, Brian retired from his career as a physicist and a researcher, and he focused his career fully on music and his interest. Brian was in a comedy troupe and while that, he met his partner Dan Avidan, with whom he recorded humorous songs.

The man has been co-hosting the web series, Game Grumps since 2013. He is also a part of the comedy band, Starbomb. The group Ninja Sex Party has released six albums, and with that, they also have another one on the way.

As a musician and a high-level researcher, Brian Wecht's net worth is reported to be around $5 million as of 2019. He earned his worth from his career in the music industry. As a musician, he makes in the range of $60 thousand per year. Similarly, as a physicist, he earned in the range of $110,980 per year.

Regarding Brian Wecht's married life, he is indeed in a marital relationship with girlfriend turned wife Rachel Bitney Wecht. The marital dates and their dating affairs are quite a private business for them as they haven't revealed any of such facts.

Within their glorious married life, Brian and his spouse Rachel have given birth to a child, a daughter, Audrey Wecht. Their daughter has appeared on his father's show a couple of times. To rhyme with her father's name, she is often called, Ninja Audrey. Until now, there are no rumors of extramarital affairs and divorce between the couple.