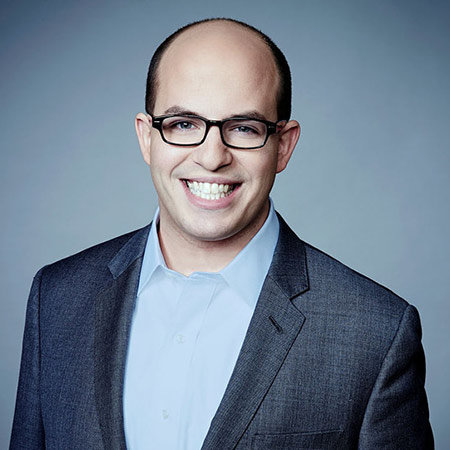 Brian Stelter is a television host as well as a media correspondent of American nationality who has been known to be the senior media correspondent for the CNN channel. He was a reporter for The New York Times previously and is currently working as the host of Reliable Sources. He has also worked as the editor of TVNewser.

Brian was born on the 3rd of September, 1985. He was enrolled in the Damascus High Scholl and then the Towson University for his education. He started off a blog named TVNewser, which was on television and cable news. His blog became successful and was sold to Mediabistro. This is how he started his initial career and rose to the heights of fame.

Brian started his journalism career as a media reporter for The New York Times. He then started his work as the new host of Reliable Sources of the CNN. Following this, he has also been portrayed in the documentary of the year 2011, Page One: Inside the New York times. He has managed to create a pretty stable career for himself and is currently known for his endeavors in the CNN which have made him hugely popular.

Brian Stelter has been known to have dated the CNBC anchor Nicole Lapin. They split in 2011 and he started dating Jamie Shupak. Jamie is the NY1 morning traffic reporter. The couple established a pretty good and healthy relationship which soon turned into a marriage on 22 February 2014.

Brian Stelter’s net worth is estimated to be a whopping $10 million as of 2016. His salary and net worth have been at an exponential rate of growth over the past few years and this has led him to become extremely popular amongst his fans around the world. He was notably known for his obese weight but he lost about 90 pounds weight in 2010 which led him to become a weight loss icon.