Brian Fichera and his wife Dylan Dreyer, a meteorologist, are set to welcome their first child 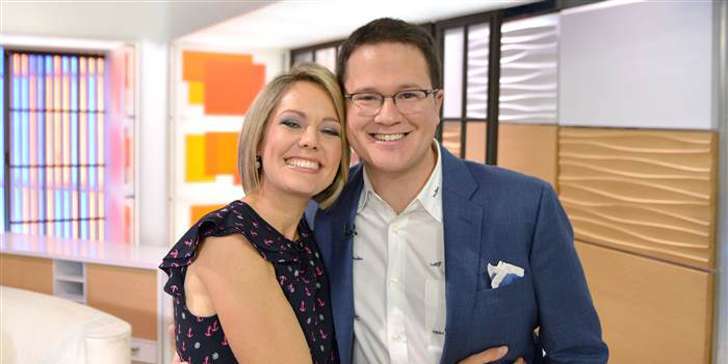 During one of the Friday’s episodes of the NBC morning program, Today show meteorologist Dylan Dreyer revealed that she is pregnant with her cameraman husband Brian Fichera. Three days after Savannah Guthrie announced her pregnancy, Dylan and her husband Brian confirmed an imminent arrival of a baby to the delight of their fans as well as co-hosts, Tamron Hall, Carson Daly, Savannah Guthrie, and Al Roker.

But as per some sources, the journalist also had a miscarriage in early 2019.

During a round of Friday Fishbowl, Dylan told that she was lucky to be pregnant with her first child and she prayed for the protection of her little one. The couple, who didn’t want any kids before, confessed that it seemed right to have a baby actually. The 44-year-old television personality Savannah Guthrie, who announced her pregnancy just days before Dreyer, is already a mom to about 2-year daughter Vale.

The American meteorologist Dylan, who rotates with Sheinelle Jones on Weekend Today and MSNBC on weekends, married Brian on October 6, 2012, in a beautiful wedding ceremony. Brian and his wife Dylan have been sharing a loving relationship for a long time now and still seem more dedicated to each other. The family of three currently resides in New York.

Before working at NBC, she worked at  WICU in Erie, Pennsylvania; WJAR in Providence, Rhode Island; and WHDH in Boston, Massachusetts.

Currently living in New York, Dylan, after joining NBC News in September 2012, frequently appears on Today on weekends as a weather correspondent. Prior to this, she worked at the NBC station WHDH in Boston, Massachusetts from 2007 to 2012.

Dylan graduated in meteorology from Rutgers University in 2003. The meteorologist has an annual salary of $117 thousand and a net worth of $1 million.