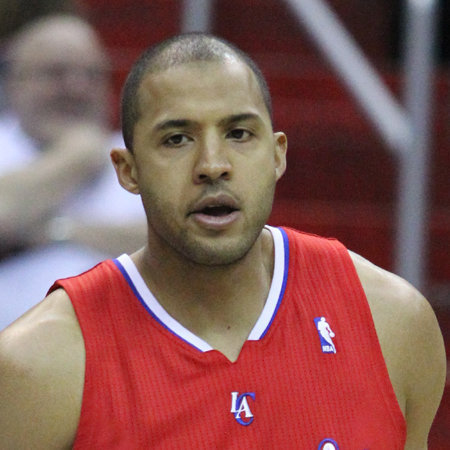 Brian Joshua Cook was born on 4th December 1980 in Lincoln, Illinois, United States of son Joyce Cook and Norman Cook, who was an All-American with the University of Kansas . He has two siblings named Kristina and Natasha.

Brian attended the Lincoln Community High School in central Illinois and started playing basketball there. He led the Railsplitters to the quarter finals of the Illinois High School Association cla s s AA state boys basketball tournament. While there,Cook was named the 1998 State Farm Holiday Cla s sic All-Tournament Team and was a 1999 McDonald’s All American. He averaged 21.7 points and played 132 games in four seasons for the University of Illinois and was named 1999 Illinois Mr.Basketball. He went on to help Illinois to a number one seed in the 2001 NCAA Tournament and thus it peaked to the Elite 8 . He then led the Fighting Illini in scoring with a 20.0 points per game average. He received Chicago Tibune silver Basketball as the Most Valuable Player of the Big Ten Conferences. He left Illinois with 1748 total points and was soon enough selected as the 24th pick in the 2003 NBA draft by the Los Angeles Lakers. He was traded to Orlando Magic on Noember 20 2007 but again was traded to Houston Rockets in February 19 2009. After a year he was waived by the Rockets. On July 9 2010 he signed to the Los Angeles Clippers but was traded to Washington Wizard on March 15 2012 and finally resigned with the Wizards on 17th September 2012. After a few games here and there, Cook was released by Wizards on October 28 2012. Cook went on to sign with Piratas de Quebradillas in March 2013 for the 2013 BSN season and left soon after. He then signed to the Utah Jazz on 30th September 2013. He later left Jazz on October 26 2013. He went on to sign with Detroit Pistons on 25th September 2014 but waived off after a few months. On December 28 2014, Cook signed with Al-Riyadi of the Lebanese Basketball League . Most recently on February 10 2015 he signed with Aguada of the Liga Uruguaya de Basketball .He has overall played for many NBA League team and has been appreciated by all .

Cook married his long time girlfriend Victoria Velasquez on 4th July 2009. The couple gave birth to a child named Caius Cook. There have been no reported extra marital affairs or divorce till date.they are living happily together and enjoing their 7th year of marriage.

Cook stands tall at the height of  6 feet 9 inches and weighs 106 kgs . He has a masculine figure. His salary is estimated to be 1.266 million dollars. Cook has received a gold medal in the FIBA U21 Worl Championship in 2001. He was also named  to the University of Illinois All-Century Team, Big Team Player of the Year in 2003, Third-team All American- AP, NABC and many more.