Brett Oppenheim is an American real estate broker and attorney. He is the twin brother of Jason Oppenheim.

The once-Senior Vice President of the LA real estate brokerage firm, The Oppenheim Group, of which his brother is the President. He has since started his own firm, Oppenheim Real Estate.

The real estate broker and Jason Oppenheim are part of the fifth generation of their family members to get into real estate, following in the footsteps of their great-great-grandfather Jacob Stern. 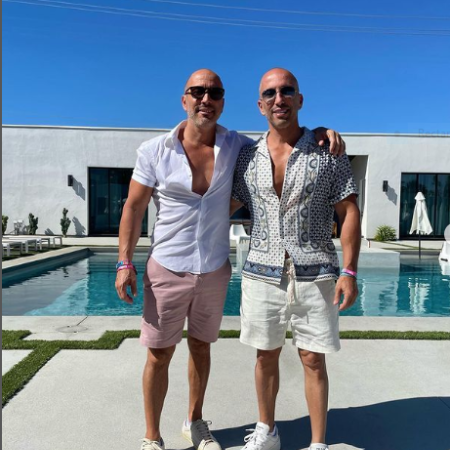 Oppenheim is the founder and President of the LA-based real estate brokerage firm, The Oppenheim Group, of which Brett used to be the Senior Vice President.

Talking about his personal life, the American tv personality seems to lead a single life currently. He was once romantically involved with Tina Lause, a Mexican food restaurant owner.

In mid-2020, several online sources reported that Brett had quietly departed the company founded by his twin brother and started his own real estate firm, Oppenheim Real Estate. Despite going their separate ways, the brothers are reportedly still on good terms.

Brett and Jason Oppenheim are the stars of the Netflix reality TV show Selling Sunset. The series premiered on Netflix on March 21, 2019, and chronicled the personal and professional lives of the brokers at The Oppenheim Group.

The most recent season was the third season which premiered on August 7, 2020, around the same time rumors of Brett leaving the firm began circulating. With Brett's departure, it was unclear the future of the reality TV show.

According to Cinemaholic, Oppenheim's net worth is identical to his twin brother's in that he is also believed to have a net worth of $50 million. He was the-once Senior VP of the multi-million-dollar real estate conglomerate The Oppenheim Group and the founder of his own firm, Oppenheim Real Estate.  Further, the media personality has a lavish lifestyle and he often flaunts his high-profile life on the media platform.

Additionally, the attorney has 682 k followers on his Instagram account and his estimated earning per post is $1960- $3267 with an engagement rate of 3.02%. No doubt, the reality star has enough money to live a quality life.