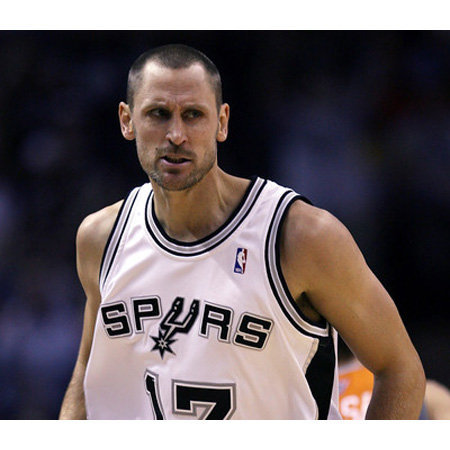 Brent Barry was born on 31st December 1971 in Hempstead, New York, United States. His is the son of Hall of famer Rick Barry and his stepmother Lynn Barry too was an accomplished college basketball player.

Brent , the second youngest among the Barry family played his high school basketball at De La Salle High School in Concord, California and graduated in 1990. For four years he played on the Beavers basketball team of Oregon State University. In 1995 he graduated from Oregon State with a bachelors degree in Arts in sociology. He was then selected to Denver Nuggets in the first round of the 1995 NBA Draft. But the same night he was traded to Los Angeles Clippers. He went on to average 10.4 ppg and 38% 3pt Field goal in 179 games. Finally in 20th February he was traded to the Miami Heat. He then signed a six year $27 million contract with the Bulls in January 25 1999. Then he went on to spent 4 years with the Seattle SuperSonics. Barry was then signed as a free agent in the summer of 2004 by San Antonio Spurs. He was in the San Antonio Spurs championship teams in 2005 and 2007. He withdrew from his contract and became a free agent on July 1 2008. A few days later he went on to sign a 2 year contract wioth the Houston Rockets . October 23 2009 marked the end of his Brent’s career when he was let free by the Rockets.

Brent married his high school sweetheart Erin Barry in 1998. They gabve birth to two sons but after many years of marriage, Brent filed for a divorce citing ‘irreconcilable differences’. There were huge rumors that Erin was having extra-marital affair with Eva Longoria’s husband Tony Parker. But in December 2010, Erin stated to the media that those rumors were fallacious. However, The divorce was finalized in 5th January 2011 in Texas which stated a joint custody of their children.

Brent  is 6 feet 7 inches tall and weighs nearly 95 kgs and has a well built masculine body. His extreme height alloued him to play as a point guard, shooting guard and small forward and was often considered point forward. Brent’s net worth is estimated to be $20 million which proves that his salary must be high.  Brent became the first Caucasian player to win the title of the Slam Dunk Contest in the NBA All-Star Weekend in 1996. Brent won his first NBA championship ring with the San Antonio Spurs in 2005 and went on to win his second NBA championship ring in June 2007 when the San Antonio Spurs swept the Cleveland Cavaliers. Brent is considered the  athletically best among the Barry brothers and is till date considered one of the most valuable players of the NBA.