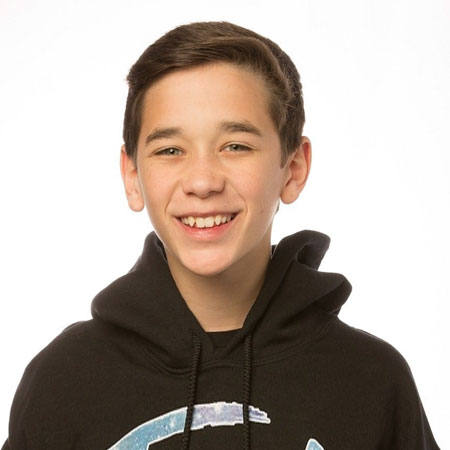 Brandon Ryan Rowland, better known as Brandon Rowland, is one of the artists who gain massive fame in their early years.

He is an American Instagram, Musical.ly and Vine star with huge fan followers. Rowland is also a singer, dancer and TV personality.

Brandon Rowland was born on September 4, 2002. He was raised in Florida, America with his siblings.

Brandon's mother Christine is a famous model and entrepreneur.  He belongs to White American ethnicity and his nationality is American.

Brandon has an older brother named Hunter Rowland, a YouNow sensation who is his inspiration and idol.

Rowland has also been collaborating with his brother, and they have made several videos together. He has a younger brother named Ashton Rowland.

Brandon Rowland started his social media experience by launching an Instagram account. He wasn't entirely new when starting his own broadcast; he used to appear on his brother's videos. He even made a guest appearance at VidCon in California in the summer of 2015.

Brandon had a passion for singing and dancing since his childhood and was also famous for his guitar practice. 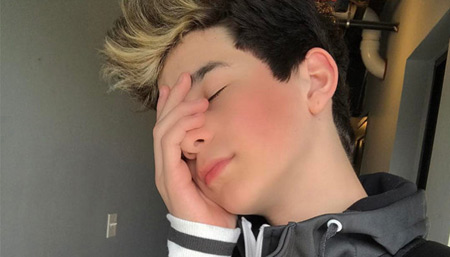 Brandon along with his brother Hunter shared their first dance Workroom in 2015.The video was viral with more than 4 million views in only a few days.

Also in 2015, they together performed in MagCon tour. , they presented themselves in a dance studio and produced a few choreographed dance routines.

Brandon and his brothers Hunter and Ashton have been involved in community service projects such as donating time and clothes to the needy at Phoenix’s New Haven Shelter.

According to sources, his estimated net worth is $200K as of April 2018. He has earned this amount of money from his social sites Musical.ly, Instagram and YouTube. He has 2.2 million followers on his Instagram account.

In 25, February 2017, he threw a 2 million Instagram followers celebration party to his friends and families. He is one of the upcoming rising stars in the World who has got a fame at an early age of 15. In 2016, he made a cameo appearance in the Netflix series Chasing Cameron from there he also brought a sum of amount to his home.

He has revealed that he wants to have a Lamborghini in future. Brandon’s favorite brand is Apple and owns an iPhone 7 plus.  He currently lives in Phoenix, Arizona.

Brandon loves spending time with his family and likes to make other people laugh. He often plays guitar in his leisure time and enjoys singing. He is too young to have a girlfriend or affair, however, he has many teenage fans.

Brandon is an animal lover and owns a dog Harley as a pet but calls him Baby. He would even like to have a Husky dog. His birth sign is Virgo.

Brandon’s favorite candy is sour patch kids, even though he isn't that much into candies in general, and is in love with Starbucks.