Brandon Barash is an American actor, best known for portraying as Johnny Zacchara in the American daytime television medical drama, General Hospital which was aired on ABC.

Barash also appeared as the character of Jamie in three episodes of the series Gilmore Girls.

Brandon Barash was born as Brandon Joseph Barash on October 4, 1979, in St. Louis, Missouri, United States. He belongs to white ethnicity and holds an American nationality.

Barash is the daughter of Jerry L. Barash & Susan Gale and the stepson of Judge Leonard Hughes III & Karen Macy Barash. His father Jerry L. Barash is a President and CEO of Sysco Food Services of Ventura.

Barash grew up with his siblings, Alison L. Barash and Jordan B. Barash in a Jewish family. He has lived in Missouri, Texas, and California.

Brandon Barash has had a very decent career. He played the role of Jamie in a very popular TV series called Gilmore Girls from the year 2002 to the year 2004.

Barash then appeared in a TV series, Threat Matrix and this one as well he was able to shine. Other TV shows and movies he has been a part of include the likes of Crash Landing, NCIS, Ten Inch Hero, Tell Me You Love Me and 24.

Barash’s groundbreaking role has come in a very successful TV series, General Hospital as Johnny Zacchara. He also played this role from the year 2007 to the year 2016.

Barash has played in the rock group "Port Chuck" along with his former General Hospital co-stars Scott Reeves, Steve Burton and Bradford Anderson.

In the year 2017, Barash played as Ernest Hemingway in the episode of "The Lost Generation" in the American science fiction time travel drama series, Timeless premiered on NBC.

Brandon Barash married to an American actress as well as voice actress Kirsten Storms secretly in June 2013. After five months of their marriage, Kirsten got pregnant in August.

On January 7, 2014, the couple together welcomed their first child, a daughter Harper Rose Barash.

Barash and Storms even worked together in longest running American television serial drama, General Hospital but unfortunately, they divorced due to the cliche irreconcilable differences.

Barash began dating to Canadian actress, Natalie Hall since Oct 2010 and after dating for one year, they decided to engage on Dec 2011.  But Barash and Hall split up on Oct 2012.

Barash is interested in sports such as racquetball, baseball, football, fencing, and golf. He also loved to playing the piano and speaking Spanish.

Brandon Barash earned lots of from his acting career. His current net worth is around $1 million. His ex-wife Kristen has the net worth of $3 million. 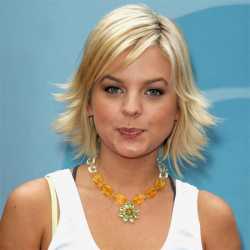