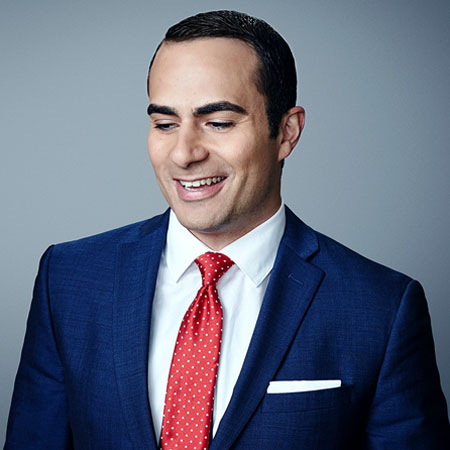 Boris Sanchez is a reputed journalist who is associated with the CNN news channel. He is known to be one of the most outspoken television reporters with a versatile nature and powerful presentation skills.

Sanchez joined the CNN network in June 2015. He has been involved in reporting natural disasters in the United States and in South America since then. He also reported during the U.S elections 2016 Presidential campaign.

Boris Sanchez completed his education at Syracuse University. He has a degree in Broadcast journalism and international relations.

Sanchez got his first break in journalism as he was still studying in College. He worked as an intern at WTJC which was an NBC affiliate.

After finishing his studies, Boris Sanchez worked as a weekend anchor at KRCR which was based in California. Soon after, he shifted to Fox 31 in Denver.

Boris Sanchez has earned a lot of name and fame with his outstanding work in the field of journalism. He was awarded the Heartland Regional Emmy Award in 2015. Sanchez has successfully covered the manhunt after the prison break in Dannemora, New York and he is also known for his reporting about the terrorist attack at a naval base in Chattanooga.

Boris Sanchez also got an opportunity to try his hands in acting. He got featured in a 2014 movie called Salvador Soy Yo. He currently serves as the correspondent to CNN based in Miami, Florida.

How Much Is Boris Sanchez's Net Worth?

With a strong background and experience, Boris Sanchez is one of the well-paid journalists. He works for CNN and according to sources, CNN news channel pays well to its reporters and journalists. The exact salary and net worth of Boris Sanchez are still under review. But some of the sources have claimed his net worth to be around $2 Million as of 2019. On average, the report in the USA gets paid around $35,000-$120,000 per anum depending upon their experience.

Moving to the personal life of Boris Sanchez, it has been known that he is a married man. Sanchez is married to his girlfriend-turned-wife Jennifer Piekut. The wedding took place on 17th September 2016 in Sacramento. However other details regarding his private life are missing as she has never preferred to officiate it. Also to this date, there are no bad rumors of marital life.

Sanchez has mentioned that he is an ardent supporter of sports teams from South Florida. He has a deep interest in documentaries about serial killers. He also loves NBA basketball and books about Latin American politics. He has a special preference for Cuban food.