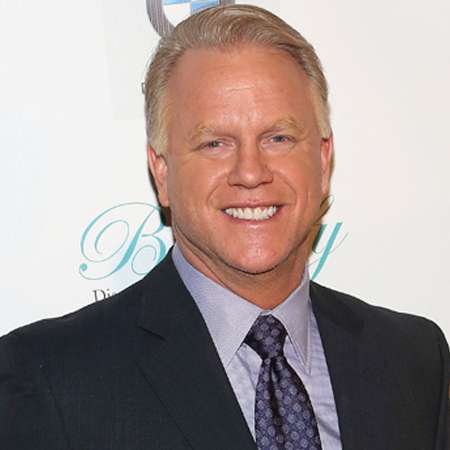 Boomer Esiason is a well-known name in the sports arena. He is a retired American football quarterback and a former network color commentator. He spent nearly one and a half decade of his career in National Football League (NFL) playing for the team Cincinnati Bengals, New York Jets and Arizona Cardinals. After his retirement, he started working as a football analyst starting from ABC and HBO and CBS Sports on The NFL Today, Westwood One for Monday Night Football and the Superbowl and Inside the NFL by Showtime. He was also a co-host for the WFAN morning sports radio program called Boomer and Carton.

Boomer Esiason was born on April 17, 1961, in West Islip of New York City and grew up nearby East Islip and late moved to Timber Point Elementary School. He graduated his high school in 1979 from East Islip High School. During high school, he loved to play football, basketball, and baseball.

Esiason studied at University of Maryland and graduated with a B.A in 1984 receiving Distinguished Alumnus Award in 1999. While his time at the university, he had played for the university for head coaches Jerry Claiborne and Bobby Ross. He had set 17 school records and was mentioned in All American in 1982 and 1983. On his final year at Maryland, he was selected by Cincinnati Bengals in the second round of 1984 NFL Draft with 38th overall pick.

During his 14 years of a football career, Boomer Esiason was named to four Pro Bowls and holds several NFL career stats records. He was NFL Most Valuable Player in 1988 and Walter Payton Man of the Year in 1995.

Esiason was ranked as the 25th greatest quarterback of the post-merger era. He was also inducted into Nassau County Sports Hall of Fame in 2004 and was the recipient of the Pulse of the People award in 2011. He already had started appearing as the color analyst while he was still playing. Therefore it has been easy for him to carry on a career in sports as an analyst or commentator. He has hosted Super Bowl’s Greatest Commercials for four times in 2012, 2013, 2014 and 2015.

Boomer Esiason is a former football quarterback as well as is a retired net worth color commentator. As of 2019, his estimated net worth is around $15 million.  He was paid around $99,000 a year.

In the year 2004, the Esiason bought the house for $1.5 million. The house nestled in Bridgehampton, New York.

Talking about his personal life, Boomer Esiason is a happily married man. He is married to his wife Cheryl Hyde on 24 May 1986. Cheryl is a quite supportive spouse. The couple loves each other very much and is faithful to each other and committed to each other for which there is no rumor or news heard or read about their extramarital affairs.

They both are grown up now and are trying to get on to their career. The couple is living a very happy married life and is living in New York together with their children. There is no sign of getting divorced or misunderstanding between the couple as well.