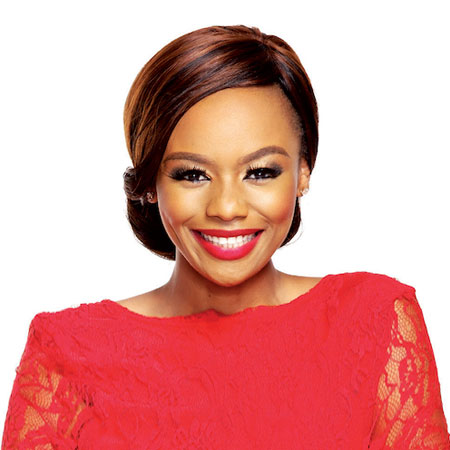 Bonang Matheba is a woman with multiple talents. She is well known as a South African media personality as well as a successful entrepreneur.

Having hosted the popular show called SABC 1 music show Live and other shows like Top Billing, Bonang Matheba is a successful name in South Africa. At present, she presents the shows including Afternoon Express and The Front Row.

Bonang Matheba was born on 25th of June, 1987 at Mahikeng, North West Province in South Africa.  She is a South African by nationality. Ethnicity wise, she is black.

Bonang was born in a well to do family as her mother was a Corporate Head of Human Resources at a big company and her father was a lecturer at the University of North West.

Matheba grew up in Johannesburg with her family including a brother and a sister. Bonang Matheba completed her early education from Fourways High School which was a reputed government school. She studied Marketing at the University of Johannesburg.

Bonang Matheba got featured in an SABC 2's kids' game series titled Manhattan's Fantasy Challenge when she was just 15 years old. In 2007, she got an opportunity to host the most popular TV show in South Africa called 'Live'. She also honed herself to be the host for many big events and shows.

Bonang showed signs of her entrepreneurship when she launched the line of handbags called Baby Star by partnering with a London-based designer. She quite the show Live in 2012 and joined another show called Top Billing. She became the host of international franchise Clash of The Choirs in 2013.

Bonang Matheba has been presented with numerous awards too. She won the African Woman of the Year in 2015 which was presented by the New African Woman Magazine. In the same year, she also won the SA style awards in the category of Style Icon of the Year.

As regards to her personal life, it has been known that Bonang Matheba had an affair with Slikour (Siyabonga Metane) of the Skwatta Kamp fame. It was in initial stages of her career. After they broke up, she got into a relationship with DJ Euphonik (Themba Nkosi) .

Bonang accused her boyfriend of domestic violence in 2012. Their relationship was dragged into controversy every now and then.

Some sources also claim that Bonang Matheba is in a relationship with Nigerian musician, D’banj. In 2013, Bonang was reportedly involved in a fist fight with Poppy Ntshongwana at a party in the Island of Ibiza.

Physical Appearances and Net worth

Standing at 1.53 m tall above the ground, Bonang Matheba is of average stature in height. She is 29 years of age and has an attractive body with perfect body measurements.

Bonang Matheba is a multi-talented personality who has earned the name as an entrepreneur as well as a radio and television personality. She earns a lot from endorsements and hosting events. Her total net worth is estimated to be around $500 thousands.