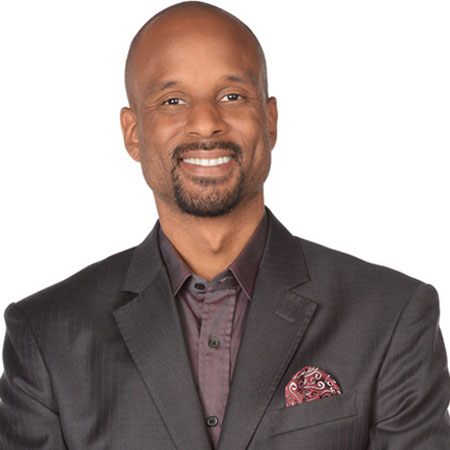 Bomani Jones, born as Bomani Babatunde Jones, is an American sports journalist who is currently working for ESPN. He is known for hosting the shows including Highly Questionable, The Right Time with Bomani Jones and the podcast The Evening Jones.

Besides, Bomani Jones has also served as the panelist for SB Nation, Salon and Page 2 at ESPN.com and Around the Horn. He is much involved in sports radio.

Hailed from Atlanta, Georgia, United States, Bomani Jones was born on August 26, 1980, to Afro-American parents, Barbara Ann Posey, a professor, and Mack Jones, a professor as well.  He has American citizenship and black ethnicity. He has a sister named Tayari Jones, who is an award-winning novelist. He also has a brother named Patrice Jones. Bomani was born in Atlanta but later the family moved to Houston, Texas, when he was a little kid.

Bomani Jones started working for AOL and ESPN.com as a music and pop culture critic prior to starting his career as a sports writer. During 2008-2009, Bomani hosted two radio shows called ‘The Three Hour Lunch Break’ and ‘Sports Saturday with Bomani Jones’. The shows ended after the radio stations were sold. He launched his own radio show called ‘The Morning Jones’ in 2010 from Durham, North Carolina.

During that year, Bomani Jones served as an ESPN’s contributor and a panelist. After the end of his radio show ‘The Morning Jones’, Bomani started his own internet shows,’The Evening Jones’ and ‘Bomani & Jones’ until 2013.

Bomani Jones became a regular face on ESPN, appearing on ESPN2’s show Dan Le Bastard is Highly Questionable during 2012. He began to guest host on The Dan Le Bastard Show with Stugotz around the same time. According to sources, it is revealed that he had signed four years contract with ESPN on May 9, 2013. Since then he became the co-host of Highly Questionable. He has also served as an adjunct professor at Duke University and Elon University.

Bomani Jones is a s sumed to earn a very good amount of salary that has increased his net worth to millions of dollars. The reporter has a net worth of $6.5 million and as of 2019, he is supposed to receive a salary $53,000 per annum.

What Is The Relationship Status Of Bomani Jones?

Aged 39 years old,  Bomani Jones is a handsome man. He has a good physique and is very presentable. It is no doubt that many ladies must have fallen for this handsome hunk. However, Bomani Jones is very reluctant in giving out his personal information. Therefore, it is not known whether this handsome man is single or mingled at present. In 2011, he wrote in an indirect way on his blog, that he is single and once was engaged as he quoted 'former fiancee'.

Bomani Jones even wrote marriage is hard as hell. His ring finger is still vacant, therefore, it can be said he is not married/engaged at the moment and is taking time for that. His past/present affairs/ girlfriends are completely in a shade.

Bomani Jones is active in social media. He is a popular and loved personality.