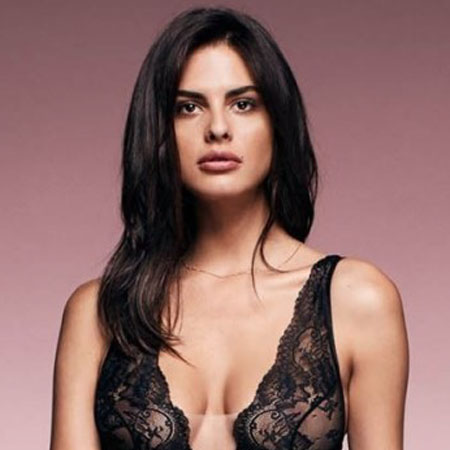 Bojana has been selected as the face of the campaigns like Guess and Lise Channel.

Bojana was born on March 1, 1992, in Belgrade, Serbia. Regarding her nationality, she is Serbian and her ethnicity is Caucasian. She was born with a zodiac sign of Pisces.

Bojana went to ‘The John Naisbitt University in Belgrade, Serbia, and received a degree in Bachelor of Arts (Economics). During her college years, she enjoyed playing soccer. She has a younger sister, Maja Krsmanovic, a fashion designer.

During her school years, she was not interested in modeling. At school, she was made fun because of the height and her face gave the impression of men.

Bojana started her career with European markets. However, US market provided her perfect platform to her career. She fulfilled her dreams through New York City that is regarded as most prominent in the fashion world industry.

In 2015, Bojana was chosen as the face of Guess (a popular American clothing brand and retailer) for the fall campaign. She attended the campaign along with Grace Elizabeth and Sylvia Toloma,

Till now, he has an outstanding career that includes her collaboration with famous designers, attending numerous fashion event show. Moreover, she also made her appearance on the cover page of several fashionable magazines.

Bojana also serves as the prominent member of ‘Fox Fashion’.

She has never mentioned about her affair, dating, and boyfriend. She is an unmarried woman. She is a glamorous woman so it is extremely tough to guess whether she has dated anyone or not.

Once Bojana also mentioned that her life is has been affected by her busiest working schedule. She did not have a time to involves in any affair or relationship. She has not talked about her sexual orientation. She believed to be straight.

Bojana is a famous model. Her fans and followers following on several social networking sites. Her fans are largely growing on Instagram. She mostly shares her sensual pictures on her Instagram. One can see her tweets on Twitter. Moreover, her profile can be seen on Facebook