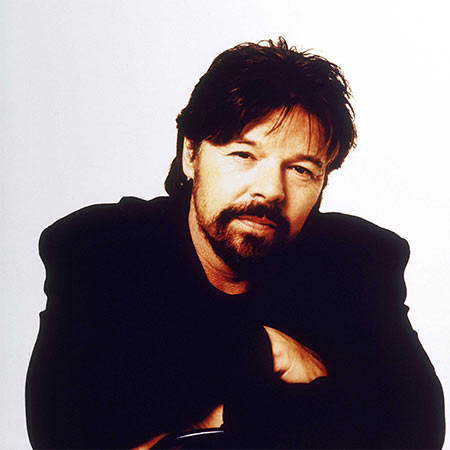 Rob Seger is known best to his wide audience for his songs Ramlin' Gamblin Man, Old Time Rock, and Roll, Night Moves, Turn the Page and more. Throughout the 1960's Bob was known best for performing as Bob Seger and The Last Heard and Bob Seger System.

Robert Clark "Bob" Seger was born on May 6,1945 in Lincoln Park, Michigan,the United States to parents Charlotte and Stewart Seger. His father was a medical technician for the Ford Motor Company and was also an avid player of instruments. Bob got exposed to music through his father. Seger spent most of his childhood days in Ann Arbor, Michigan with his older brother George. He is of American nationality and white ethnicity.

Bob went on to attend Tappan Junior High School and graduated from Pioneer High School. He wanted to have a career in music and thus became a front man for a three-piece band called the decibels. Seger’s first song with them was The Lonely One. Seger then joined Dough Brown & The Omens. After leaving Dogh Brown 7 The Omens, Bob teamed up with The Last Heard and released East Side Sound. Bob went on to sign with Capitol Records and formed The Bob Seger System. They released a single titled Ramblin’ Gamblin’ Man which peaked at #17 in Michigan and #62 on the Billboard pop albums chart. He has gone on many musical tours including a tour for The Silver Bullet Band. He then planned to go solo and released a solo album named Brand New Morning. He then formed The Silver Bullet Band in 1974 and released many albums. He then gained much fame in October 1976 with the release of Night Moves.

Since then, he has released many albums including Stranger in Town, The Distance, The fire inside, Face the Promise and more. Bob has been inducted into the Songwriters Hall of Fame. He dropped an album titled Ride Out on 14th October 2014 which got positive reviews from his audience.He is very respected and adored by hs fans till date for his contribution to the music industry and his country songs.

Bob Seger got married for the first time in 1968 with his girlfriend. However, the marriage lasted for a year. He was then in a relationship with Jan Dinsdale. The couple stayed together from 1972 to 1983. He then married for the second time in 1987 to actress Annette Sinclair. This marriage also lasted only a year. Bob married for the third time in 1993 to Juanita Dorricott. The marriage was private. The couple now has two lovely children. The couple lives in Orchard Lake Village, Michigan. He also occasionally goes to his condo in Naples, Florida.

Bob Seger is currently 71 years old and has achieved a lot in life. Despite his age, Bob continues to contribute to the music industry. His net worth of $ 45 million shows his hard work in the field of entertainment. Bob Seger has found success and eternal peace in the field of music. The bio of the very talented and renowned, Bob Seger can be found on various social media sites like Wikipedia, Twitter and more.