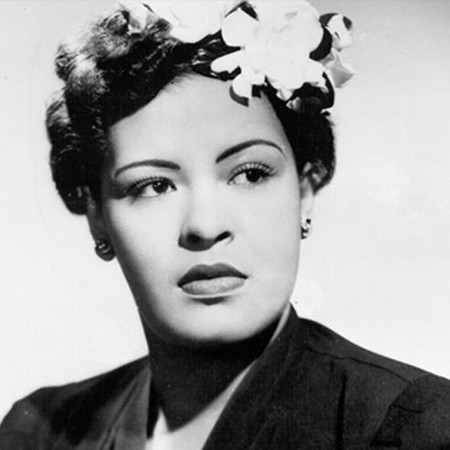 Eleanora Fagan aka Billie Holiday was an American jazz musician and singer-songwriter. She was one of the most influential jazz singers of all time. The Grammy Award-winning Jazz singer won numerous awards during her musical journey.

She herself was inducted is the primary into the Grammy Hall of Fame in 1973. She was known for her vocal delivery and improvisational skills and which made up for her limited range and lack of formal music education. She died due to the liver disease and heart disease when she was 44 year old on July 17, 1959.

Billie Holiday was born as Eleanora Fagan on April 7, 1915, in Philadelphia. She spent her childhood in Baltimore, Maryland. She was born to father Clarence Holiday and Sadie Holiday.

She became a successful jazz musician, playing with the likes of Fletcher Henderson. Then, her mother married Philip Gough in 1920. Since she was a very young, she started singing and songwriting. In 1926, she moved to the New York to pursue her music career.

From early Career to Work with Teddy Wilson and Basie

After moving to the New York, she started performing in the night jazz and local bars. She met the producer John Hammond when she was 18. She then recorded her songs for several tracks her first commercial release.

Hammond was instrumental in getting Holiday recording work with an up-and-coming clarinetist and bandleader Benny Goodman. She sang several tracks with Goodman including her first commercial release Your Mother’s Son-In-Law and the top ten hit Riffin the Scotch in 1934.

In 1935, she went on to record with jazz pianist Teddy Wilson and members of Count Basie’s band brought her wider recognition and launched her career as the leading jazz singer of her time.

Holiday then toured with Basie a with Artie Shawn for next two years. In 1940, she started to perform exclusively in cabarets and in concert.

During that time, she was also a s sociated with saxophonist Lester Young, who gave her the nickname Lady Day.

Holiday continued performing in tours, concerts and jazz clubs for a long time. In 1952, her debut studio album Billie Holiday Sings released which was recorded by Clef Records. It was her first album for the label and her first original materials album.

Following year, she released another album with Clef Records. An Evening with Billie Holiday was released in 1953.

One of the most celebrated jazz musicians of 1900s, Billie Holiday died due to excessive use of alcohol and drug. In 1959, she was diagnosed with Cirrhosis and doctor suggested her to avoid drug and alcohol but she refused their suggestion.

In May 1959, she was taken to Metropolitan Hospital New York for treatment of liver disease and heart disease. The Federal Bureau of Narcotics, under the officer Harry J. Anslinger, had been targeted her since 1939.

Holiday was arrested and handcuffed for drug possessions as she lay dying. Police raided her hospital room and she was placed under police guard.

She received the last rites of the Roman Catholic Church and pa s sed away at the age of 44 on 17 July 1959 due to pulmonary edema and heart failure caused by cirrhosis of the liver.

Her funeral ma s s organized on 21 July 1959, at the Church of St. Paul the Apostle in Manhatten and her body was buried at Saint Raymond’s Cemetery in the Bronx. According to a source, she had $1 million net worth before her death.

By the mid-1940s, Holiday had been arrested several times for illegal drug use. She was even placed in a federal rehabilitation center at Alderson, on her request. She spent a year there and she gave a concert at ten days after released from the rehab.

She was married and divorced with three men in her life. She married the trombonist Jimmy Monore in 1941. While still she was married to him, she became closer to Joe Guy, her drug dealer. In 1947, she divorced Moroe and also split with Guy.

Later, Guy and Holiday rekindled their affair and married in 1951. They were married for six years and separated in 1957. Then, she was married to Louis McKay from 1957 to until her death.

The 1950s’ superstar in the jazz music industry Billie wrote only a few songs but many of them are considered to be the jazz standards to date. She was nicknamed ‘Lady day‘ by her friend Lester Young.

Strange Fruit: a protest song about the lynching of a black man became a rage after her recording it in 1939. This emotional Ballad is considered to be one of her ‘Cla s sics’. Her other ma s sive hits are Easy living, Good morning Heartache the man I love, porgy etc.“Uncoverable, possibly the greatest singer of the century” was what music critic Robert Christgau said about her.

In her autobiography about the songs like ‘The Man I Love’ and ‘porgy’ she said: “I’ve lived songs like that”. The holiday was a chronic alcoholic and was also reported of drug abuse. Although she lived a very short lifespan of 44 years she recorded over more than 100 songs and is still today remembered for her inimitable singing style and touching songs.