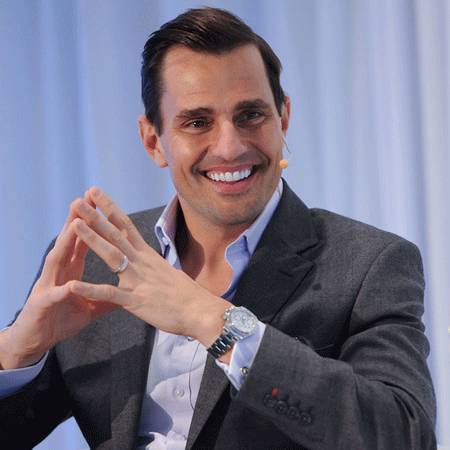 Bill Rancic is an American entrepreneur and a producer, known for winning the first season of The Apprentice. He also hosted America Now with Leeza Gibbons.

Rancic is a motivational speaker and a Chicago, Illinois, real estate developer. He was also instrumental in helping found FabFitFun, a woman's website focused on health, beauty, and fashion.

Bill Rancic was born as William Rancic on May 16, 1971, in Chicago, Illinois, U.S. he belongs to white ethnicity and holds an American nationality.

Rancic is the son of Edward T. Rancic and Gail Rancic. He has three siblings, all of them are sisters named Karen, Katie, and Beth.   Rancic grew up in the suburb of Orland Park in a family of Croatian and Irish heritage.

Rancic attended St. Michael's School in Orland Park for his early education. He graduated from the Carl Sandburg High School. He earned a B.S. from Loyola University Chicago.

Bill Rancic was the first reality TV star to be hired on national television.He elected to be in charge of the construction of the Trump Tower Chicago in his native Chicago, Illinois, on the site of the demolished Chicago Sun-Times building.

His other option was to oversee and manage a new Trump National Golf Course and Resort in Los Angeles, California. The Trump National course was a potential site for season 6 of the show.

For the final challenge against competitor Kwame Jackson, Trump gave Rancic the task of running a celebrity golf outing in Briarcliff Manor, NY, while Jackson was tasked to manage a Jessica Simpson concert.

At the final board meeting, Jackson remarked that running a golf outing was the easier of the two tasks, which brought a disagreement from Trump VP Carolyn Kepcher, who was managing a golf course when Trump hired her. Trump hired Rancic for doing a very good job.

Originally Rancic said that after his one-year contract as being Donald Trump's Apprentice expired, Rancic would leave the job and start his own company. He instead opted to remain part of the Trump Organization, and in some seasons filled in as a judge when regular judge George Ross was away on business.

In 2008, Rancic and his wife, TV host Giuliana Rancic started a joint television production company, You and I Productions, which produces reality and scripted programming for television.

In 2010, Rancic started hosting a news program called America Now, which is broadcast across the United States on stations owned by Raycom Media. The following year, "America Now" was brought back for a second season, with Leeza Gibbons joining Bill Rancic. Originally, the Show was on every Weekend, but when Leeza Gibbons joined the show, It moved to Monday through Friday Timeslots

Bill Rancic married to Giuliana DePandi on September 2007 in a ceremony on Capri at Sancta Sophia Church in Anacapri.

His wife Giuliana DePandi is an Italian-American television personality with who he engaged on December 15, 2006.

On August 29, 2012, the couple welcomed a son, Edward Duke Rancic, in Denver, Colorado.

Bill Rancic has approximate net worth is about $5 million. He is paid an annual salary of $250,000 Donald Trump's companies.