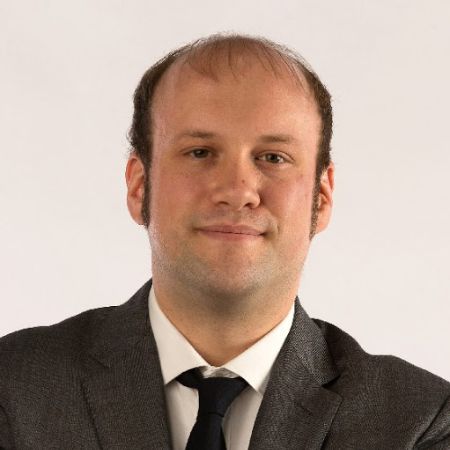 Bill Barnwell is an American sportswriter and staff writer who writes sports-related columns on ESPN.com. He covers a wide array of sports including football, basketball, soccer, baseball, golf, and mixed martial arts. In addition, Barnwell is also the host of the “The Bill Barnwell Show” podcast on ESPN.

How Old is Bill Barnwell? Where was he Educated?

Bill Barnwell was born on July 5, 1984, as William Jerome Barnwell. The 36-year-old is a graduate of Northeastern University, from where he earned his Bachelor in Arts degree in Communications and Media Studies.

Bill Barnwell started his career as an intern for the football analysis and statistics website, Football Outsiders while pursuing his degree at Northwestern. He started as a sportswriter for the website and worked his way up to the Managing Editor. He left the website in April 2011 to join Grantland, a sports and pop-culture-related website affiliated with ESPN.

In addition to that, Barnwell was also the Sports Editor at IGN from October 2007 to August 2008.

At Grantland, Barnwell doubled down on his knowledge of the National Football League (NFL), writing almost exclusively on the sport, including coverage and analysis of matters relating to the NFL draft, free agency, coaching strategy, salary cap, rule changes, and prop bets. Besides that, Barnwell also wrote prolifically about the National Basketball League (NBA), the mixed-martial-arts promotion Ultimate Fighting Championship (UFC), the football league English Premier League, and sabermetrics. 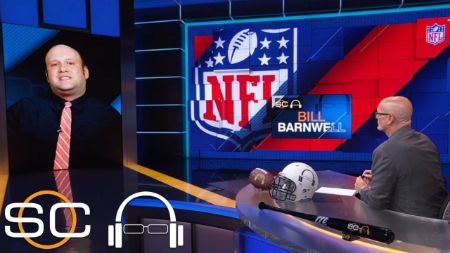 Bill Barnwell (on the screen) on ESPN's SportsCenter SOURCE: YouTube

During that time, he also co-hosted the sports-related podcast, Grantland NFL Podcast, with fellow Grantland writer Robert Mays. Besides that, he was also a guest host on a more widely circulated ESPN podcast, The B.S. Report, hosted by Bill Simmons.

ESPN ceased all publications relating to Grantland in October 2015 but Bill retained his job at ESPN. He is designated the senior writer and writes for the network's website, ESPN.com, and for its print magazine ESPN The Magazine. His primary field of expertise is in football and his analysis and metrics have been widely cited. He similarly provides insight into a litany of different sports.

Besides his post as the senior writer, Barnwell also resumed his duties as a podcast host, this time in the form of The Bill Barnwell Show on ESPN where he talks about football with his peers and experts.

Bill Barnwell has a wealth of information about football and other sports and more than a decade of experience as a sportswriter. His expertise can be read in print format on his many publications including "Cashing In on the New Moneyball", "The Marriage of Stats and Football", "Leaving Las Vegas" "Nomentum", and  "NFL Trade Value".