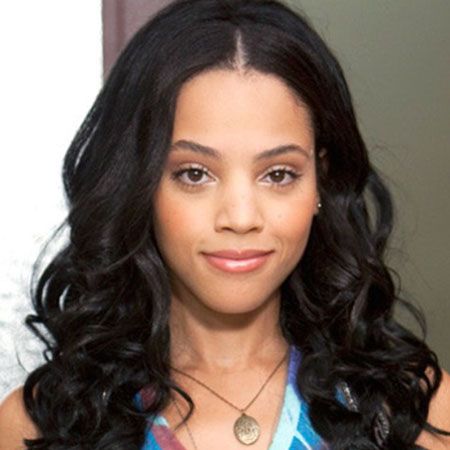 Bianca Jasmine Lawson is an American film and television actress. She is best known for regular roles in the television series; Saved by the Bell: The New Class, Goode Behavior, Pretty Little Liars, and Rogue.

In 2016, she starred in the Oprah Winfrey Network drama series, Queen Sugar.

Bianca Jasmine Lawson was born on 20th March 1979 in Los Angeles, California, the U.S. She is the daughter of Denise (née Gordy) and Richard Lawson. Her siblings are Beyoncé And Solange Knowles (Step-Sisters), Marvin Gaye III (Half-Brother).

His mother is a former film and tv actress and her father is also an actor best known for his roles in genre films. He played the role of Ryan in the 1982 film Poltergeist and Dr. Ben Taylor in the 1983 NBC miniseries V.

Everywhere I go, no matter where I am in the world, people constantly tell me how much you’ve changed their life. Strangers stop me in the street to tell me how much they love you, how grateful they are to you for what you’ve done for them; or someone close to them. I think you’ve been a guardian angel for many humans. Myself included. I love you madly. Happy birthday Dad. #spiritguide

Lawson’s first inspiration was her father. She grew up watching actings of her father. Her aim was to become an actress from her childhood days.

Her parents are African-American. She has Italian, Native American, Portuguese, and Creole ancestry.

She attended Stella Adler Studio of Acting and graduated from Marymount High School in Los Angelos. She studied film and psychology at the University of Southern California.

Lawson started her acting career in 1988. She was just 9 when she appeared as Barbie in commercials at the time. She acted in an American teen sitcom Saved by the Bell: The New Class in 1993. She has been cast alongside, Dennis Haskins, Isaac Lidsky, and Natalia Cigliuti, among others in the series.

The WB sitcoms, Sisters as Rhoda Coley, and The Steve Harvey Show as Rosalind. She appeared in other TV series; Buffy the Vampire Slayer in 1997, and Dawson’s Creek in 1999.

In 2009, she was seen in The Secret Life of the American Teenager. The same year, she portrayed witch Emily Bennett in the CW's television series, The Vampire Diaries. She was cast alongside Nina Dobrev, Paul Wesley, Ian Somerhalder, and Steven R. McQueen, in the series.

Lawson played the role of Maya St. Germaine in the ABC Family series Pretty Little Liars in 2009. Lately, she is scheduled to appear in a movie in January for Lifetime Cable channel named House of Secret.

Bianca Lawson's net worth is $2 million at present. She earns a good amount of salary from her acting career.

Bianca was one of the casts in the 2009 American TV series, The Secret Life of the American Teenager. She has appeared in the CW TV series The Vampire Diaries.

The 40 years old, Bianca Lawson seems to be single at the moment but previously she has gone through a couple of relationships. Firstly she was in a dating relationship with Lloyd Ness Mathis. The pair broke up in 2002 after two years of relationship.

Prior to her first relationship, she dated Andreas Barreiro Gonzales(Spanish actor) who is mostly known as a Ness. However, Bianca couldn't save her second relationship as well.