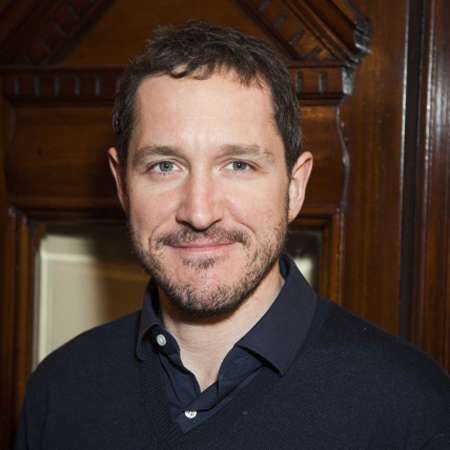 Bertie Carvel was born on September 6, 1977, to John Carvel, a Journalist and a Psychologist Mother in London, England. During his childhood, he used to play Dungeons and Dragons with his friends. This actor, with height 6 feet and gray/green eyes went to University College School. He got first-degree honor in English from the University of Sussex. He was trained at the Royal Academy of Dramatic Art for which he got scholarships from The Wall Trust and The Sir Jones Cass Foundation.

He Graduated after three - year course along with Ben Whishaw, Edmund Kingsley and Kate Miles in 2003. He swims in the men's pond on Hampstead Heath along with practicing yoga. He's the black belt in Kung fu. He has also lent his voice for "Spy in the Starwars: The Old Republic." As Carvel is known for his incredible performances, he is also considered as one of the British Rising Star. In 2003, he appeared in Revelations as Jack at Hampstead Theatre. Since then he has moved on with his acting career.

Similarly, in 2004, he was in Victory? A Musical Drama for Peace as Uri at Donmar Warehouse and In the same year, he was also in television films like Hawking as George Ellis and Agatha Christie: A Life In Pictures as Max Mallowan. In 2005, he was in television film Beethoven for 2 episodes as Ferdinand Ries and in Rose Bernd as policemen at Arcola Theatre.

In 2015, he was starred as Jonathan Cross in "Jonathan Strange & Norrell" for 7 episodes and in "Doctor foster" as Simon Foster for 5 episodes for which he is mostly known for. In 2015, he did theaters like "Bakkhai" in Almeida Theatre, "The Hairy Ape" at the Old Vic and in 2016, at Trafalgar Studios in "Splendid's" as policeman. In 2012, he did a cameo in a film named "Les Miserables" as Bamatobois. He is involved in many Video games like Haze as Shane Carpenter (2008), The Star Wars: The Old Republic as Male Imperial Agent (2011) and in 2012, the Secret World as the Forest God, Callisto. In 2008, he was nominated for the "Best Actor in a Musical" at Laurence Olivier Award for "Parade" but in 2012, he won the award for Matilda The Musical. He was also nominated for "Best actor" at Evening Standard Award. He won "Best Performance in a Musical" and "Outstanding Featured Actor in a Musical" for Matilda The Musical. He was also nominated for "The Best Actor in a Musical" at Tony Award. He has over 10k followers on twitter and his fans are called Carveliers. He is carrying out the weight of his work very well. In this age as well, he is working hard as always.

Carvel studied at University College School and got fist degree honor in English at University of Sussex. He was trained at the Royal Academy of Dramatic Arts and graduated in 2003.

He likes swimming and likes to spend his leisure time in remote areas. He likes a house with no electricity and running waters and likes to gift books to people. His biography is full of his hard work. His salary and net worth is still unpublished. Unlike other actors, this 39 years old actor, is able to keep his personal life super secret. There are many assumptions about his personal life like lots of people say that he has a wife but she has never been in public.

He also never speaks openly about his sexuality even after being questioned by many people but his name is always taken along with his co-stars like Sally Scott (Coalition) and Hayley Atwell (The Man of Mode) so it has not been cleared yet whether he is married or not. Because of these rumours,  many people are peeping and questioning about his personal life. His fans are waiting for his answer to their questions but he is tight - lipped till now. In one of his interview, he said that talking about personal life should be avoided by actors.

As almost all celebrities are always into rumour, now Bertie Carvel is also into it for his unpublished personal life. There are rumours about him having girlfriend in the past. People comments are increasing day by day but he is still not ready to confront them. There are rumour about him being a gay and having a secret wife but it has not been confirmed yet as he hasn't given green light to those rumours.