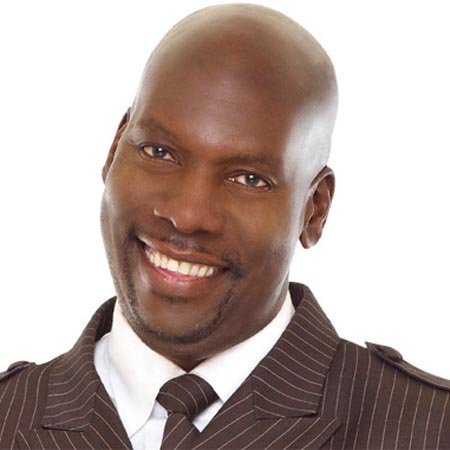 Ben Tankard is a versatile personality; a former professional basketballer, recording artist, author, jazz, gospel, and keyboardist but a producer as well as a songwriter known for his career in music that spans in over 250 songs.

Ben Tankard is a versatile personality who has been known for his work as a basketballer and musician. He is a personality of black ethnicity and American nationality.

Ben Tankard was born on the 10th of January 1964 in Daytona Beach, Florida. As a child, he used to play jazz piano in a church.

Ben Tankard started off his career as a basketball player. He was a part of the Canadian as well as the U.S. professional basketball arena as a shooting guard. After his knee injury, he moved on to music.

Ben Tankard's music career started off after he met his school teacher named Yolanda Adams and he signed her to his label Tribute Records. He produced several of her works. After the start of his career in music, he recorded over 250 songs in total. Out of all of his songs, he obtained a total of 14 Stellar Awards. He has also had 21 gold and platinum records till date.

Ben Tankard has also been the motivational speaker in the National Basketball Association D-League and has been showcased in the reality show Thicker than Water. He has also collaborated with Shirley Murdock, a Gospel veteran to create a WOW Gospel 2006 that received the RIAA Gold records. He has also been nicknamed as Godfather of Gospel Jazz. He is also a BMI writer and has written the books Faith It ‘til You Make It and The Full Tank Life.

Ben Tankard is married. His wife is Jewel LaGreen. The couple got married after a long time of dating as a boyfriend and girlfriend on the 27th of January, 2000. The couple has been together since 2000 with no signs of an imminent split that might lead them to a divorce.  They have five children together. They are Cyrene, Benji, Britney, Brooklyn and Marcus. They have two daughters in law named Latisha and Shanira. The entire family lives together and Ben has at times spoken out about the ideas of living together in a blended family and the perks of living in a big family with togetherness.

Ben Tankard has the net worth of a whopping $5 million. The Godfather of Gospel Jazz has acc u mulated this amount of net worth and salary for all of the endeavors he has carried out as a basketball player, songwriter, and producer.

Ben Tankard has the height of 6 feet and 6 inches and has been doc u mented for his 40-pound weight loss as well.