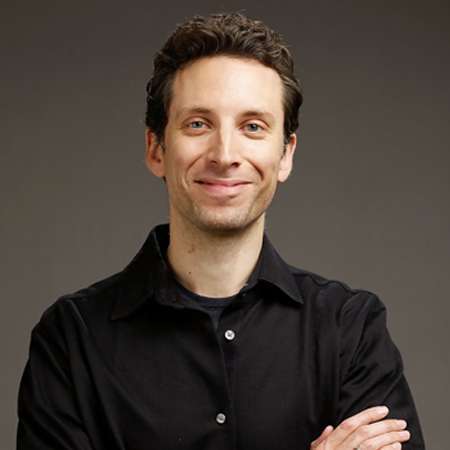 Ben Shenkman is an Americana actor and television actor. Well recognized for his numerous roles in hit films such as  Pi (1998), Requiem for a Dream (2000) and Just Like Heaven (2005).

Ben Shenkman was born to Katherine and Shepard A. Sheinkman on 26 September 1968, in New York City, New York, US. His mother was an a s sociate at the law firm and his father worked for the consulting company. Ben is American by nationality and belongs to white ethnicity.

Shenkman went to Brown University and after he graduated from there he joined New York University and attended the Graduate Acting Program at the Tisch School of Arts. He graduated in 1993 by obtaining Masters of Fine Arts degree.

Ben is best known for his role in the USA Network's Television series 'Royal Plains', where he is one of the HankMed's concierge doctors. He is also famous for making an appearance in the 1998 film Pi.

Ben Shenkman began his career in acting by portraying a minor role in the Robert Redford's 'Quiz Show' in 1994. Later, he starred a guest role in the police procedural and legal drama TV series named 'Law & Order'.

He started acting in the theater by appearing in the Tony Kushner's play 'Angels in America' portraying as Louise Aronson at the American Conservatory Theater, San Fransisco.

During his time at the New York University, he played as Roy Cohn in a workshop production of the play, and he reprised the role of Louis eight years later in the HBO miniseries adaptation, for which he was nominated for Emmy and Golden Globe.

Throughout the 1990s, Ben worked in off-Broadway productions in New York with minor roles in movies including  Eraser, The Siege, π  (Pi), and Jesus' Son, Chasing Sleep, and Requiem for a Dream.

In 2000, Ben earned success and fame in the theater, which resulted co-starring with Mary-Louise Parker in "Proof'' the Manhattan Theatre Club's production, for which he was nominated for the 2001 Tony Award. After the release of HBO's Angels in America miniseries, in 2004, he returned to Manhattan Theatre club in Sight Unseen opposite Laura Linney.

As his career continued to rise, Shenkman rolled into studio films such as Must Love Dogs and Just Like Heaven, and several independent films including Then She Found Me, Brief Interviews with Hideous Men, and Breakfast with Scot, a gay-themed movie made in Canada for which the NHL notably supported the use of uniforms and team's logo. In 2010, he appeared in Solitary Man and the Sundance premiere Blue Valentine with Michael Douglas.

Shenkman also made an appearance on TV series as regular in the 2008 Julianna Margulies legal drama Canterbury's Law on Fox, and in repeating roles on Grey's Anatomy, Burn Notice, Damages, Drop Dead Diva, and FX's Lights Out. He co-starred in the short-lived NBC sitcom The Paul Reiser Show, which was a midseason replacement for the 2010-11 television season.

In the end of 2015, the series wrapped production of its final season, which aired in the summer of 2016. In 2015, Ben also was on Broadway opposite Larry David, and later Jason Alexander, in David's hit comedy Fish in the Dark, which had a sold-out six-month limited run at the Cort Theater.

Besides his successful acting career, Ben is a married man and his wife is Lauren Greilsheimer. The couple got married on 17th December 2005. Since then the couple seems to be living their life in joy and there no any sign of divorce and complication between them.

Before their marriage, they were seen dating in various places for several years. His birth sign is Libra.

Ben Shankman earns a decent amount of money from his acting career as he has appeared in numerous hit movies which have made him living a luxurious life.