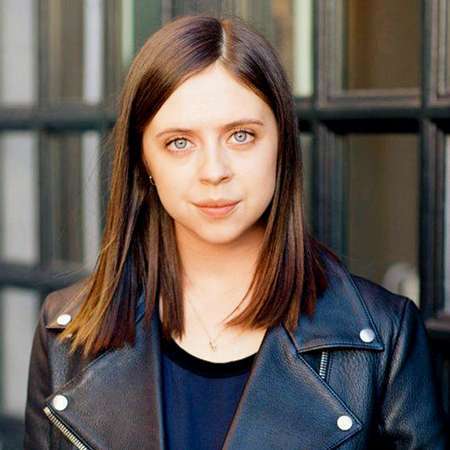 Bel Powley was born on 7 March 1992 and she is 24 year right now. She was born in Hammersmith, London, England. She was born as the daughter of father Mark Powley and mother Janis Jaffa. Her father is a British actor and her mother is a casting director. Bel was raised in London along with her parents. According to her ethnicity she is white. And her nationality is English. Bel’s sibling information is missing. Bel’s star sign is Pisces.

Bel Powley attended Holland Park School. As Bel was attracted in acting from her early life she used to participate and act in several drams and other program in her student life.

Bel Powley made her acting career debut from a BBC children's spy-fi adventure series M.I. High in 2007, where she played the character of Daisy Millar. Later in 2008 she was featured in a British police procedural television series The Bill. Same year she also got a chance to work in British miniseries Little Dorrit.

In 2009 she played the character of Carrie Walsh in a three-part British television series Murderland. She also was featured in a comedy sketch show Victoria Wood's Mid Life Christmas same year. In 2014, she got a chance to be featured in a British sitcom Benidorm, where she appeared in the character of Bianca Dyke.

Bel Powley has also been featured in several movies; she made her debut in the movie from 2013 movie Side by Side. For her of Minnie Goetze in an American coming-of-age comedy-drama art film The Diary of a Teenage Girl, she was nominated for several awards BAFTA Rising Star Award, Independent Spirit Award for Best Female Lead and Empire Award for Best Female Newcomer. And she won Gotham Award for Best Actress for her role in the movie.

Her other movies credits includes A Royal Night Out (2015) and Equals (2015). Bel, in the future she is to be featured in the movies Carrie Pilby, Wildling and Detour, which are to be released in 2016. Bel is currently busy in the shooting of the movies A Storm in the Stars and Ashes in the Snow.

Bel Powley is very talented youngster and she has showed her acting skills in many movies and TV screen. Her currently relational is unknown and Bel’s sexual orientation seems to be straight.

Bel in the past may had affair with many guys but she has kept her personal life to herself. There were rumors relating her dating with her co star Alexander Skarsgard. She and her so called boyfriend were spotted in several locations but later Bel denied about their rumors. Bel is not married yet she might be looking for perfect spouse. Bel currently lives in London, United Kingdom along with her family. Besides her acting career, she has hobbies of travelling, listening to music and sports. Bel is also spotted numerous times attending fashion events and programs.

Bel’s net worth and salary is under review. Her bio is updated in internet movie database.