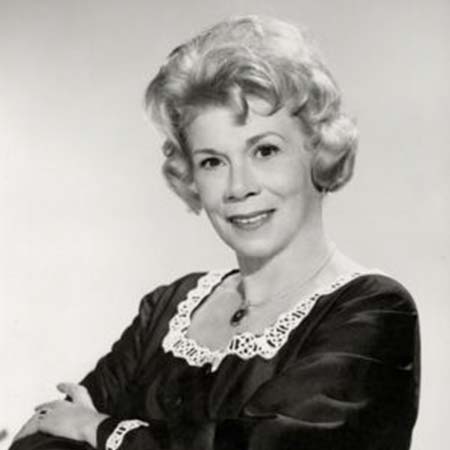 Bea Benaderet is a late radio and TV actress and voice actress. She initiated her acting journey after performing in Bay Area theatre and various radio shows before she embarked on the Hollywood. She was considered an icon of 1960s television. With a number of iconic roles in movies and TV series, Benaderet made a successful career in the field of acting.

Bea Benaderet was born on April 4, 1906, in New York City, the United States to parents Samuel Benaderet, Turkish immigrant and Margaret O'Keefe Benaderet. She spent most of her early days in her hometown San Francisco along with her family.

Benaderet did her schooling from the St. Rose Academy High School. She later started taking acting lessons at the Reginald Travis School of Acting in San Francisco. At that time, she likewise began courses in the piano.

Bea Benaderet initiated her career by working in the production of The Prince of Pilsen. The biggest success came in the year 1939 when she took the role in the show The Jack Benny Program. Subsequently, she became the part of a number of TV shows like Fibber McGee and Molly, The Adventures of Ozzie and Harriet, as well as A  Day in the Life of Dennis Day.

The late actress gained further attention following her role in the 1940s radio series, My Favorite Husband. She rendered her voice to the character Mama Bear in the cla s sic Looney Tunes short, The Bear's Tale in 1940. From radio to TV, Benaderet made a smooth transition. In 1950, she was a cast in The George Burns and Gracie Allen Show.

The former sophisticated actress also lent her voice to the character Mrs. Iris Atterbury in the radio and television show My Favorite Husband. She also voiced in the animated situational comedy show The Flintstones which brought her wider attention. Besides, she landed the role in many successful movies like Notorious,  Tender Is the Night and more.

Bea Benaderet for her wide range of acting skills in countless TV shows and movies won many prestigious accolades which include Genii Award in 1966 and many others. In 1960, Bea received a star on the Hollywood Walk of Fame for her wide contributions to television.

Bea Benaderet's Net Worth And Earnings

Bea Benaderet had made a large amount of money from her various works but the actual amount of her net worth is yet to be revealed. Her major source of income was her acting career.

In 1946, Benaderet was cast in the spy movie Notorious which grossed a whopping box office collection racking up $24.5 million against $1 million budget.

You May Be Interested: The Southern Charm Actress Kathryn Dennis' Net Worth 2019: Details Of Her Income Sources And Assets

Bea Benaderet was also involved in a number of non-profit organizations. She dressed in a Flintstones-style leopard-print costume to collect the funds for City of Hope and March of Dimes, in the year 1961. She was also a member of Welcome Wagon.

Bea Benaderet first married the late actor Jim Bannon. The couple first met while both of them were working at KHJ in Los Angeles and married in August 1938. The former couple had two children Jack (1940–2017) and Maggie, was born on  March 4, 1947.

Benaderet filed for divorce in September 1950 following her late husband's heavy filming and touring schedule. For the second time, Benaderet tied the knot with Eugene Twombly,  a sound effects technician for movies and television in 1957.  The two were together until her death on October 13, 1968.

Bea Benaderet was diagnosed with an initial symptom of lung cancer during a routine checkup in 1963. During the last phase of the treatment, the spot had returned and grown in size. She resisted immediate exploratory surgery. And following her successful operation, she quit smoking as well as industry.

The former actress, sadly, pa s sed away on October 13, 1968, at the age of 62. She was cremated in Valhalla Memorial Park Cemetery in North Hollywood. On October 17, four days after her death, Twombly died of a ma s sive heart attack and entombed at the same place, beside her.

Also Read, "Invasion" Actress Lisa Sheridan Dies At 44: It's Not A Suicide, Says Her Family