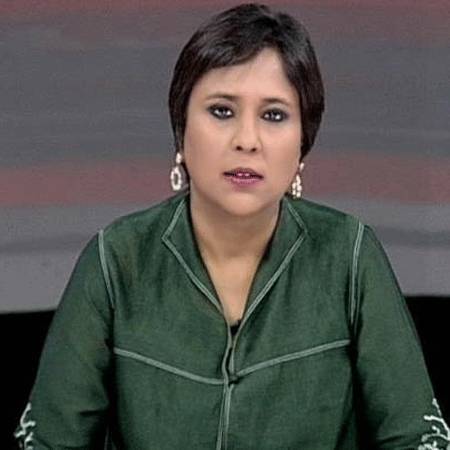 Barkha Dutt was born on 18 December 1971 at New Delhi, India to S.P Dutt and Prabha Dutt. Her father was an Air India official and her mother was a journalist for the Hindustan times.

Barkha Dutt is an extremely talented and courageous television journalist, known for being a news reporter, anchor, columnist, and journalist. Barkha is of Indian nationality and of North Indian ethnicity. She is currently associated with the  NDTV  as consulting the editor. Her birth sign is Sagittarius.

After her high school education, Barkha Dutt got a degree in English literature from St. Stephen's College, Delhi. Then, she completed her Master's in Mass Communications from Jamia Millia Islamia Mass Communication Research Center, New Delhi. She also achieved a Master's degree in journalism from Columbia University's Graduate School of Journalism.

Barkha Dutt started her career with NDTV and credits her mother, a journalist, as her main source of inspiration to join this field. Her younger sister Bahar Dutt is also a television journalist working for CNN IBN. Barkha was particularly drawn to the limelight after she reported the 1999 Indo - Pak Kargil conflict,2002 Gujarat Riots, and 2008 Mumbai attacks.

Barkha Dutt has also covered conflicts in Kashmir, Pakistan, Afghanistan, and Iraq. She has co-authored a chapter in the book named 'Gujrat: the making of a tragedy' and in 2015 she wrote a book named 'The Unquiet Land'.

In regards to her personal life, bold journalist Barkha Dutt was first married to a Kashmiri Muslim named Mir, whom she divorced later. Other details about her first husband remain unknown. Then, she married Dr. Haseeb Drabu, the chairman of Jammu and Kashmir bank. Her second marriage also didn't last too long.

Barkha Dutt has been constantly a topic of rumors and controversies  for her marriage relation and divorce with both her previous husbands. Barkha couldn't stay away from criticism and controversy also because of the way she reported the 2002 Gujarat riots where she identified the rioters as Hindus and Muslims.

She was criticized for sensationalizing the events in 2008 Mumbai attacks and putting lives at risk and causing deaths by identifying the location of hotel guests on live television. Barkha was also involved in the Radia tapes controversy in 2010.

Barkha Dutt has been awarded numerous international and national awards, including the Padma Shree, for coverage of 2004 Tsunami. She has achieved the award of best TV news anchor and another award as the ‘journalist of the year’ in 2007. In 2012, Barkha was named the “TV Personality of the year” by the AIB . Barkha has also been named on the list of 100 "Global Leaders of Tomorrow" twice .

Barkha Dutt was appointed as a member of India's National Integration Council in 2010. Barkha has been the role model and inspiration for many Bollywood Movies and movie characters like  2004 movie Lakshya and 2010 satire Peepli Live.

Physical Features and Net Worth

Her height is estimated to be around 5 feet 4 inches and her weight is around 56 kgs. Her eye and hair color is  black. With an approximate salary of Rs. 30 lakh per month (excluding perks), Barkha Dutt’s annual income is above Rs.3.5 crore. Her net worth is approximated exceeding Rs.10 Crore.