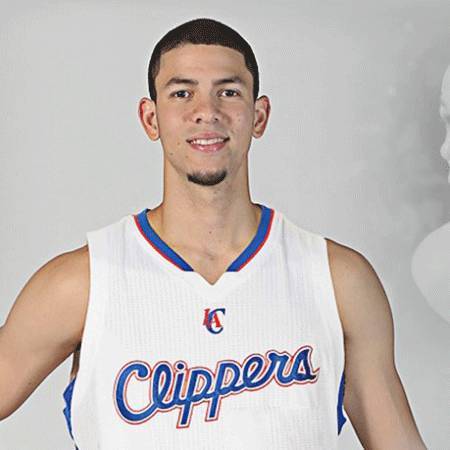 Austin James Rivers was born on 1st August 1992 in Upper Darby, Pennsylvania, of father Doc Rivers and mother Kristen Rivers. His father, Doc is also a professional basketball player and the coach of Los Angeles Clippers. Austin has 3 siblings; older brother, Jeremiah who played basketball for Maine Red Claws, an older sister Callie who played volleyball for the University of Florida and for Puerto Rico and a younger brother Spencer who is a guard currently playing for UC Irvine.

Austin attended Winter Park High School located in Winter Park, Florida where he began his basketball journey. He led his team to win the first state title against Dr. Phillips High School .Austin went on to score 23 points in the game which was a huge contribution. Later on 5th March 2011, Austin led his high school team to back to back Florida 6A state championship with a 52-44 victory over Dr. Phillips High School. He went on to score 25 points, 11 rebounds and 4 steals in that game. Austin went on to play basketball in his college from 2011. Austin officially joined Duke University on 30th September 2010. He played exceptionally well in his college basketball career. Later on 26th March 2012 he was selected in the 2012 NBA draft by the New Orleans Hornets. He was picked in the first round as the tenth overall pick. Thus, Austin’s pro career began in July 24 2012 with the New Orleans Hornets/ Pelicans. During his rookie season, Austin went on to average 6.2 points on 37% shooting from the field and 33% from the three-point line. Then on 12th April 2014, Austin met his season high with 20 points and 10 rebounds. Later in 12th January 2015, Austin was traded to the Boston Celtics. After that, on 16th January 2015, he joined the Los Angeles Clippers and made his first appearance and thus became the first son to play for his father in an NBA game. Later on 21st February 2015, Rivers went on to score his career high with 28 points in the 129-98 win over the Sacramento Kings. He is till date playing exceptionally for the Los Angeles Clippers as a shooting guard/ point guard with his number 25 jersey.

Austin is in a relationship with Brittany Hotard who was his senior. Brittany went on to attend Wallace Community College in order to stay close to Austin. Austin is not married till date and does not have any children.

Austin is currently 22 years old, weighs 91 kgs and is 6 feet 4 inches tall. His salary is estimated to be 2.4 million USD. He got into a controversy when Stephen Curry said that he along with his father, Dell Curry would beat Austin and his father Doc. Later Stephen apologized on Twitter. Austin was named the ACC Rookie of the year in 2012, All-ACC Freshman team in 2012, Naismith Prep Player of the Year in 2011, Florida Mr. Basketball in 2011, McDonald’s All-American in 2011. He also won a gold medal at the FIBA Americas U18 Championship. He was ranked no. 1 by the Rivals.Com, no.3 by ESPN and Scout.Com.