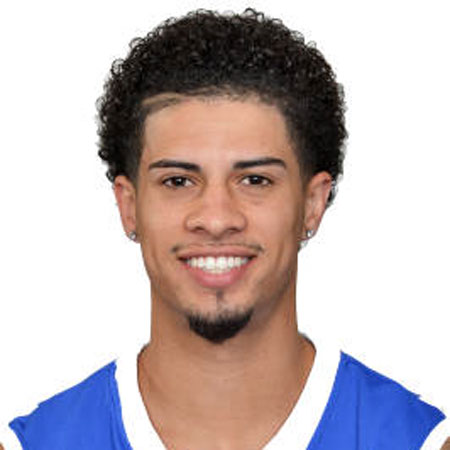 Born and raised in California Austin McBroom is a basketball player turned social media sensation who has more than 2.8 million followers on the photo-sharing website Instagram. He also runs a YouTube channel under the name The ACE Family along with his longtime girlfriend, fitness model Catherine Paiz. They have over 6.2 subscribers on their YouTube channel. McBroom also played basketball as a guard forSaint Louis University in the 2011-12 season.

McBroom is in a long-relationship with fitness model and social media star, Catherine since 2015 and the couple also has an adorable daughter together.

Austin McBroom was born on May 20, 1992, in California, United States. He belongs to American nationality and belongs to Mixed ethnicity. He is the son of Allen and Michale McBroom. He was raised up in his hometown California along with his brother Landon who is also a social media star.

McBroom attended Campbell Hall School in North Hollywood, California. At the time he also played football and baseball. During his senior season, he averaged 25.1 points per game and was also named first-team All-CIF Division 3AA.

He then joined Saint Louis University men’s basketball program as a guard for the 2011-12 season. Following his college basketball career, he made his transition as a social media star who has more than 2.8 million followers on his Instagram.

CAPTION: Austin McBroom is in a long-relationship with  Catherine Paiz SOURCE: www.thepicta.com

McBroom is also a famous YouTuber. He has a YouTube Channel The ACE Family along with his longtime girlfriend Catherine Paiz, since 2016. The channel has over 6.2 million subscribers, in which they post videos regarding their family life and raising their daughter.

As per the estimation made by various sources, McBroom has an estimated net worth of around $0.5 million. His joint YouTube account with his girlfriend has more than 6.2 million subscribers which generated an annual income ranging from $339.4K to $900k annually, as of March 2018. His girlfriend Paiz earned around $70, 000, as a fitness model.

Austin McBroom is yet to be married. He is in a relationship with his longtime girlfriend Catherine Paiz since 2015. Paiz is a fitness model, TV host, and Instagram star too. The power couple welcomed their first child, a daughter named Elle in May 2016.

They got engaged in August 2017. The power couple announced in February 2018 that the two are expecting their second child together.