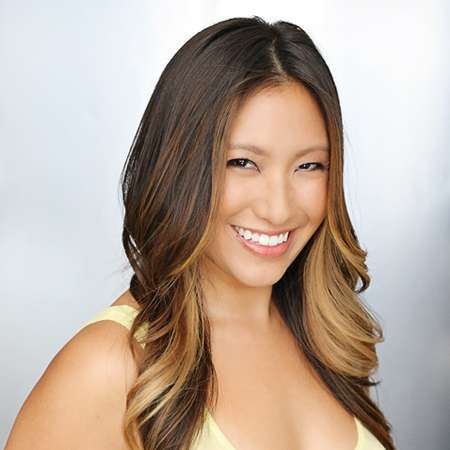 Audrey Cleo is a young multimedia journalist currently living in Los Angeles. As a correspondent and producer, she has been seen on TV Guide Network, Reelz Channel, E! Entertainment, The Wendy Williams Show, Yahoo! And Young Hollywood.

Currently, she weighs in on some of the most infamous celebrity scandals on Reelz Channel’s Celebrity Damage Control. She is also a contributing writer at espnW, The Atlantic, and ComingSoon.

Cleo received a Bachelor of Arts degree in Political Economy of industrial Societies from University of California, Berkeley. Her thesis was titled: “Media Representations of Terrorism. Language emphasis: Italian.” In 2015, she completed Master of Arts in Specialized Journalism from University of Southern California.

Audrey Cleo started her career as a host/producer for “Meevee”. From August 2007 to September 2008, she worked as a show producer for E! Entertainment. In 2010, she joined IGN entertainment as a freelance host and worked for a year. She was the host of interactive online competition program IGN's "The Next Game Boss." On October 2010, she became the host of Lifestyle 265 in the in-flight program airing on Delta Airlines, American Airlines, and Virgin America. She also worked as a Correspondent, blogger and vlogger for the linear and non-linear network, FEARnet.

In 2011, she worked for Pop Media Group as the reporter and producer for their weekly entertainment news show, TV Guide Network interstitials. From October 2011 to 2013, she worked as correspondent and segment producer for Reelz, producing news packages for national daily entertainment news show. Since then, she has worked as a host for E! Networks, Yahoo!, Evolve Media and Young Hollywood. She also has experience as a Graduate Teaching Assistant in the University of Southern California, where she taught journalism.

She  later joined CMJ Productions II Inc. She contributed entertainment news expert to Canadian/American docu-series "Celebrity Damage Control," airing on Reelz. She is also a contributor to The Atlantic, NBC News as well as a panelist for Access Hollywood/Access Hollywood Live.

Overall, she has spent 9 years as a media journalist specializing in lifestyle, entertainment, and sports. She is passionate about making stories come to life through visuals and text across multiple platforms including TV, digital/print, and documentary short film. She was honored as the #2 Woman of Geek Culture on G4’s 2009 “Women of the Web 2” special. She has been featured in national and international ad campaigns for Sun Microsystems, Sprint, and AMD.

Audrey Cleo was born Audrey Yap. Her name is sometimes also written as “Audrey Cleo Yap”. She is, by birth, a Malaysian with a huge extended family in Malaysia. However, she was born in a place called Thousand Oaks in California, the United States on January 25. Her first words were Mandarin Chinese.

Besides a multimedia journalist, one of her biggest passions is surfing. Although not a pro, a good surf and Mexican day right after makes her day near-perfect. Talking about food, she is not a big fan of tomatoes on food like burgers and sandwiches. She is also an avid video game player, her favorite genre being first person shooters.

Cleo 's favorite place to visit is Hawaii and she loves wearing braces and glasses. “The Usual Suspects” is one of her favorite movies of all time. She is also an avid hip-hop dancer, which has helped her maintain her weight and sexy body. Information related to her relationships and boyfriends as well as net worth is not yet made public. More information about her can be found in her bio and wiki sites.