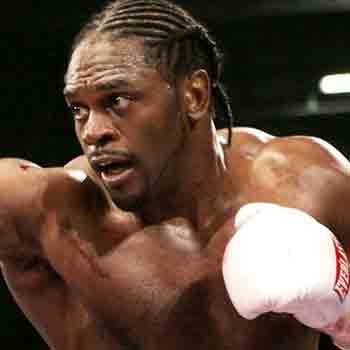 British professional boxer, Audley Harrison is a renowned fighter in the heavyweight division. Audley broke the record at the 2000 Sydney Olympic becoming the first British fighter to win an Olympic gold medal in the division of super heavy weight. Audley has won the Prizefighter tournament as well. He has appeared as a contestant in Strictly Come Dancing and came in second place in the 2014 season of Celebrity Big Brother (UK). Audley has won two Prizefighter becoming the first ever fighter to do so. Harrisons 17 fights were aired in BBC Sport after signing a contract with BBC in 2001.

Audley Harrison was born on October 26 1971 in London England. Audley joined the Repton Amateur boxing Club based in Bethnal Green, London. Subsequently in 1997, Audley became British super heavyweight. Luckily he retained his title once again in 1998 and also won a Gold medal at the 1998 Commonwealth Games. Audley then competed at the World Championships in Houston, United States. Audleys career high moment came in 2000 Sydney Olympics when he won a gold medal. Due to his performance Audley was handed a MBE. Audley started his boxing career with a boom and soon after released his autobiography; Realizing the Dream and set up his very own company named “A Force Promotions. In 2001, Harrison became the very first British boxer to sign a direct broadcast deal after he signed a 1 million pound deal with the BBC to showcase his first 10 professional fights. Audley’s debut in United States was in 23 November 2002 when he defeated Shawn Robinson with a Technical Knockout. Then in February 8 2003, Audley won over Rob Calloway with a Referee Technical Decision due to a broken jaw after the bell had sounded to start round 5. The next month Harrison won over Ratko Draskovic in a fight in Conference Centre, Wembley. Harrison won in the United States again. He returned to the UK in 2004 and fought the unbeaten Richel Hersisia. Harrison won the World Boxing Foundation Heavyweight Title with a KO. Later, Harrison suffered a severe ligament tear in his left hand which required him to have a surgery in New York due to which he did not fight for almost a year. Audley formed a partnership with Al Haymon when his company A-Force Promotion was re-launched in the United States. Subsequently Audley returned to the ring in June 2005. Harrison returned to the UK in December to fight against Danny Williams for the Commonwealth title in London. Unfortunately Harrison lost the fight after a Split decision. Harrison returned on the boxing ring with Dominick Guinn on April 14 2006 in Agua Caliente Casino, California and lost after a Unanimous decision. Then in June 9 2006, Harrison stepped in the ring to win the fight against Andrew Greeley in United States. Harrison then came back to UK for the EBU-EU (European Union) Heavyweight Title against Michael Sprott but lost after a Knock Out. Due to a car accident where Harrison suffered injuries, the fight scheduled for 29 September 2007 had to be cancelled. Harrison returned later to win the fight against Jason Barnett on 19 April 2008. Harrison won over George Arias at the MEN Arena in Manchester on 6 September 2008. Harrison lost the fight with Martin Rogan in December 6 2008 in London. Harrison went on to sign for the Prizefighter tournament that took place at ExCeL London on October 2 2009. Harrison went on to win the Prizefighter. Audley underwent a surgery to repair the torn Pectoralis major muscle in Cheadle, Greater Manchester. On 13 November 2010, Harrison lost the WBA World Heavyweight Title in MEN Arena, Manchester against David Haye. The statistics showed that Audley landed only a single punch in the entire fight which consequently led to people believing in his retirement. Harrison then took part in the 2011 series of Strictly Come Dancing with his dance partner Natalie Lowe. He later announces in an interview that he would return to boxing for one last time. Harrison went on to win the International Masters Heavyweight Title held in Essex, England. He won against Ali Adams with a TKO. On October 13 2012, Harrison lost the fight against David Price. Later in February 23 2012, Harrison retaliates by winning the Prizefighter for the second time. Harrison lost against the unbeaten Deontay wilder on 27 April 2013.

Audley Harrison has won 31 times, lost 7 times and has 0 draws in his entire professional boxing career. Harrison stands tall at the height of 6 feet and 5 ½ inches and weighs a hefty 255lb. Harrison is happily living with his 33 year old wife Rachel and two kids; Ariella and Hudson Huge Harrison. Harrison appeared as a housemate in the 2014 series of celebrity Big Brother (UK) where he came second. Due to his successful career, Audley Harrison is widely searched in wiki and is followed in twitter.