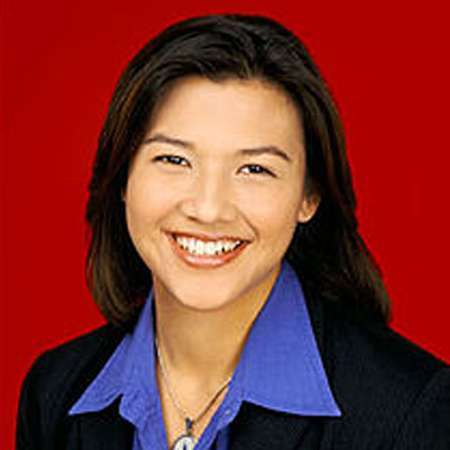 Berlin-based CNN correspondent Atika Shubert is one of the most talented female journalists in the world. She covers Germany as well as Europe for CNN International. Prior to that, she used to cover for EU and UK being based in London. She has worked for The Washington Post and The New Zealand Herald in Indonesia.

Atika Shubert was born in Washington DC. She said her father encouraged her to join journalism. When she was a teenager, she used to think it's just because her mother was also a journalist and did not like the idea of her parents to be in it but later she found herself enjoying it and made it as her career goal.

As she completed her early education in Indonesia, she also is fluent at speaking Indonesian besides English. She graduates in 1991 from the Jakarta International School.Then, she came back to the United States and graduated in Economics from theTufts University in Medford, Ma s sachusetts in 1995.

Akita started her career in journalism with CNN based in Jakarta, Indonesia with covering the fall of Indonesia’s President Suharto in 1998, East Timor’s Transition to independence in 1999.

She has had a lot of important coverage around the globe during her career. She has covered major news stories in Japan including the controversial deployment of Japan’s Self Defense Forces, Japanese hostage situation in Iraq -60yh anniversary of 1945 atomic bombing of Hiroshima, nuclear tensions in Korean Peninsula, 2002 Bali bombings, etc.

CNN claims she was one of the first CNN correspondents to report on 2004 Tsunami reporting from Indonesia. After 2008 till 2015, she was based in CNN London bureau covering the UK and Europe and after 2015; she was relocated to Germany to cover Germany and Europe.

She is smart and secretive as well in terms of her personal life because as a journalist, she knows the outcomes, the possible rumors, and controversies she has to face that might in some ways hamper her.

She has not shared any information on who is her husband or what he does. She is a mother a child (children). She has given birth to a son in 2009.

Except this, there is no any information available on him as well. It seems she has been enjoying her marital life and there must be much mutual understanding on the couple as she has to travel different places to cover the news. There is no information on her past affairs or boyfriends as well.

There was a situation in her career time when she had interviewed Julian Assange, where she happened to ask questions related to the leaked doc u ments which he opposed to telling and walked out of the interview. Other than this, there has not been any shocking situations or rumors or controversies on her.

Atika has a huge amount of net worth from her longtime career. However, her net worth is yet to reveal. According to a source, CNN pays annually average salary of around $50K to $60K to its correspondent. And her salary could be in the above ranges.