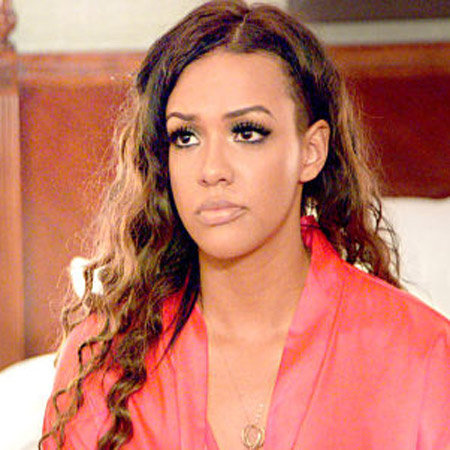 Ashley Nicole is an American hip-hop Singer, songwriter, and an actress. She is on a journey to bring back a 90's r&b sound with a mixture of the new aged r&b sound. She has released plenty of songs in the hip-hop genre, including Average Girl, Girl That Gets You, Trippin’, Being Numb, etc. Her most recent single is titled ‘Girlfriend’.

From an early age, Ashley Nicole was passionate about singing, songwriting, and acting. She has been singing and writing songs since she was a little girl, and has continued pursuing her talent. She loves meeting new people and enjoys being in front of the camera. Ashley Nicole has been blessed by her talents and would like to touch people's hearts with her music.

Ashley Nicole was mentored by Jagged Edge twin's Brian & Brandon Casey and has had much influence and inspiration to bring this sound back to life in her written words and artistry. She previously worked with DLO Entertainment with rapper/vice president Rasheeda and her husband/CEO Kirk Frost. She has, however, decided to part ways and become a solo artist. She believes she has a better chance to influence and gain attention in a more positive light this way.

Ashley Nicole has had a successful music career. Throughout her musical journey, she has released several top tracks, some of them being Love you right, Another heartbreak, How’s Heaven, Music is my escape, The way I loved you, He will save, When I think of you, Keyword, etc.

Ashley Nicole has worked with grammy nominated & award winning producers and songwriters such as KE on the track, Brain and Brandon Casey, Verse Simmonds, JBO, Eardrummers, Josh Butler and Dre Bennett. To this date, Nicole has released two EP albums: ‘Music is my Escape’ in 2014 and ‘Being Numb’ in 2015, both of which have been fairly hit albums.

Ashley Nicole recently released her single ‘Girlfriend’, which has gotten pretty popular among her fans. She is currently working on her third album, titled ‘The Language of a Flower’. This EP will be a piece of work put together to connect with and help her fans understand who the real Ashley Nicole is.

Touching on all aspects of her life with "The Language of a Flower," Ashley Nicole will have 100% creative control of this project. She has previously worked with multiple record labels, like Avid Wolf Records and Goldstar records. Nicole has been seen on one of VH1's most successful reality television shows "Love & Hip Hop Atlanta."

Personal information of Ashley Nicole has been seldom shared with the media. Information regarding her age and whether or not she is married is currently unknown. Her ethnicity as African-American and her nationality is American. As she is an upcoming artist and a cast for a top reality television show, her net worth is estimated to be in thousands.