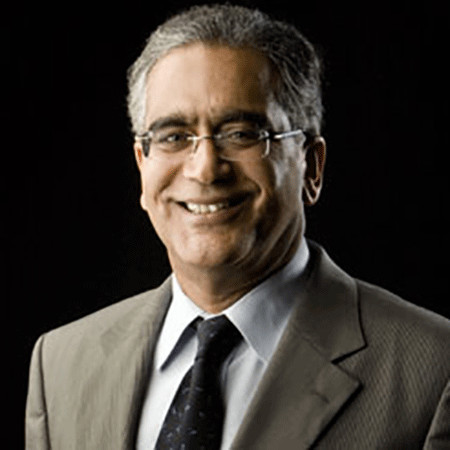 A founding Chairperson and Editor-in-Chief of the Channel India Today Group, Aroon Purie is an Indian Businessman. He is a managing director of Thompson Press (India) Limited and the managing director and chairman of TV Today. He also is an editor-in-chief of Reader’s Digest India. Aroon Purie is India’s one of the top media personalities at present.

Aroon Purie is among the top 50 influential people in Broadcast Channels in India. He is awarded India’s highest civilian honor “Padma Bhushan” in 2001 for his contributions in India. Aroon Purie is the first Indian to become the chairman of Federation of International Periodicals and Publications.

Born on 1944 in Lahore, India, Aroon Purie is an Indian by nationality and ethnicity. He was raised in India. Aroon graduated from The Doon School and received B.Sc in Economics from London School of Economics in 1965. Looking at his educational qualification, we can assume that Aroon belongs to a rich family as it is impossible for a normal person to receive educational qualification away from India during that time. His father was Vidhya Vilas Purie, who was associated with The Thomson Press.

Aroon Purie’s career started as a Production Controller in 1970 from Thomson Press. He used to work in the press as its publisher along with his sister Madhu Trehan who worked as an editor for the magazine since 1975. The magazine was born in the time of emergency in India by the Thompson press. The magazine is the widely read publication in India with over 11 million readerships.

Aroon Purie is associated with 16 board members in 6 different organizations. With such a successful career, Aroon Purie is listed as one of the richest people in India having the net worth of INR 223Crore. Aroon Purie recieves a very handsome salary.

Aroon Purie is married to Rekha Purie for more than three decades. The couple is blessed with three children, two daughters and a son named Kalli Purie, Koel Purie and Ankoor Purie. All his children are grown up and successful in their career. His eldest daughter Kalli Purie is a business woman. She works as the chief creative officer for the India Today Group. His second daughter Koel Purie is a TV actress and TVanchor. And the youngest, Ankoor Purie is working as the managing director at the Thomson Digital India Ltd. And Thmopson Press Ltd after Aroon Purie handed over the reins to him.

The man Aroon Purie is regarded to have a clean image but this way or that way, he has been pulled in rumors and controversies though was settled later.  Once, Aroon Purie plagiarized the article of Grady Hendrix on South Indian actor Rajnikanth for which Purie apologized.

Later, Aroon Purim came into controversy as Salman Khurshid, Hon’ble External Affairs Minister and his wife Mrs. Khursid, who runs a Trust for the disabled, filed the case of defamation against the India Today Group. The charge was later dropped down as the expressed their mutual regrets.