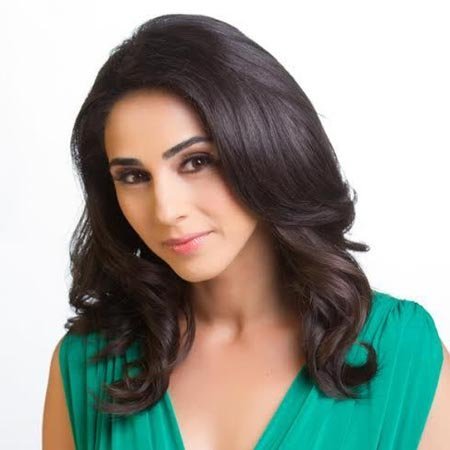 Araksya Karapetyan has been known for her anchoring skills in Good Day L.A. which is showcased in the KTTV Channel which is a Los Angeles-based channel. She is a personality of Armenian ethnicity and her nationality is American. Araksya Karapetyan is a television personality, journalist, and anchorwoman who has been known for her endeavors for the KTTV Channel.

Araksya Karapetyan was born on the 27th of August, 1982 in Gyumri, Armenia. It has been known that she experienced the 1988 earthquake that shook Armenia to the core. She was six at the time and the family left the country shortly afterward to move to America.

Araksya Karapetyan was enrolled in the S.I. Newhouse School of Public Communications of the Syracuse University from where she graduated with a degree in international relation as well as broadcast journalism.

Araksya Karapetyan’s career started off after she was called upon to work at the KABC-TV as an intern. This led her to become a journalist for the KFI 640 AM radio situated in Burbank. She has then moved on to work for the KIDK-TV situated in Idaho. She worked for the channel as a reporter, anchor as well as a producer.

Araksya Karapetyan's other endeavors include working in the same positions in the KOIN-TV and a reporter in CitiCABLE. She joined the KTTV Channel in 2012 and her work on the channel is what has led her to increased fame and name. She works as an anchor for the Good Day L.A. which is an entertainment program that is aired on mornings.

Araksya Karapetyan's net worth is around to be $1 million at present. She has a long and successful career as an anchor and journalist. This has led her to attain a huge amount of salary over the years. She has worked for several networks including KABC-TV, KFI 640 AM

Araksya Karapetyan stands at a height of 5 feet and 1 inch and her sense of dressing are properly showcased on television, making her somewhat of a style icon. She has also been known to be active on social networking sites like Facebook and Twitter.

Araksya Karapetyan is a married woman. Her husband is Amir Yousefi. Amir is a personality of Persian ethnicity and his nationality is American.

The love story of the couple started off when Araksya was in Palos Verdes. The love quickly grew and has translated into a successful marriage as of now. The couple seems to be getting along with each other pretty well with no imminent signs of a split that might lead them to divorce.

Their wedding took place in Taglyan Complex and their wedding has a white theme. It has been known that Araksya Karapetyan is pregnant with her first child as of now.