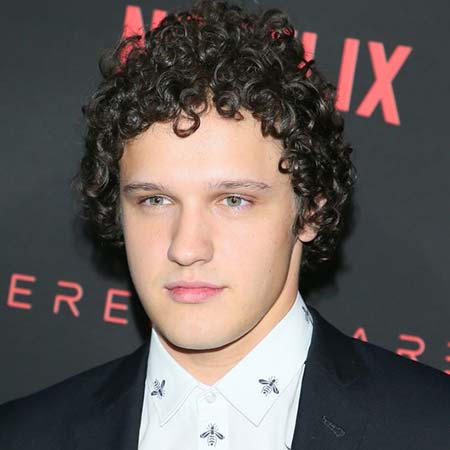 Born in Pittsburgh, the United States, but Canadian by nationality, Antonio Marziale is popular for his roles in Netflix’s original Alex Strangelove, The Gay and Wondrous Life of Caleb Gallo, Altered Carbon and Supernatural.

Antonio Marziale was born on 5 April 1997, under her star sign Aries. He was born and raised in Pittsburgh, Pennsylvania, the United States to an Italian father and a Canadian mother.

He passed his high school from The American School in Switzerland and at the age of 16 years old he attended Carnegie Mellon University.

In 2013, Antonio Marziale stepped into the entertainment industry through a short movie Robinson as Brian. After his first appearance, he appeared in other popular movies and TV series including Betch, Project Mc², Supernatural, Altered Carbon, and few others.

Although he appeared in the number of movies, he is popular for his role, Elliott in Netflix’s Alex Strangelove and Benicio in YouTube series, The Gay and Wondrous Life of Caleb Gallo and Altered Carbon.

In Supernatural, he appeared along with Sarah Dugdale, Kevin McNally, Ruth Connell, Rachel Keller, Amy Gumenick and others.

As of 2019, his actual net worth is not public, however, if we believe the sources, his earnings are in six-figures. As per the data available, an actor usually earns around $440,000 per year in an average,

According to the various sites, Antonio Marziale is openly gay and is an LGBTQIA+ activist.