Antonia Lofaso is a chef from the United States. She is best known for her appearances in reality TV shows Chopped, Top Chef, Restaurant Startup, and Cutthroat Kitchen. Also, she was widely renowned as the wife of late rapper Heavy D.

The American chef is the owner and founder of many restaurants such as Scopa Italian Roots and Black Market Liquor, which are based in Los Angeles, California.

What Is Antonia Lofaso Age?

Antonia was born Antonia Marie Lofaso on November 23, 1976, in New York, the United States. She was born to her parents, Fred Lofaso, who inspired her into cooking since her childhood. Unfortunately, details about her mother have not been disclosed yet.

Lofaso was raised alongside her brother Dominick Lofaso. As of 2021, she is 44 years old and she stands at the height of 5 feet 10-inch tall.

Regarding her academics, she did her schooling in New York City and later graduated from French Culinary Institute in New York.

How Did She Begin Her Career? Her Net Worth In 2021

The 44 year old started her career as a manager at Sean combos' restaurant. She rose into prominence after being fourth in TV show Top Chef on Season 4 in 2008. From 2010 to 2011, she was a contestant on Season 8 of Top Chef, where she placed third and competed against Mike Isabella, who had beaten her on Top Chef: All-Stars, in an episode of Top Chef Duels in 2014, and she won the "duel."

Lofaso had an appearance on the Game Show Network's short-lived show Beat the Chefs in 2012 when she was one of three professional chefs against whom the amateur chef contestants had to compete. Likewise, was a member of a rotating panel of judges on the Food Network competition shows Cutthroat Kitchen from 2013 to 2017. She also participated (and won) in Cutthroat's special "Judging Judges" episode in 2016, defeating regular judges Simon Majumdar and Jet Tila and Iron Chef Geoffrey Zakarian. 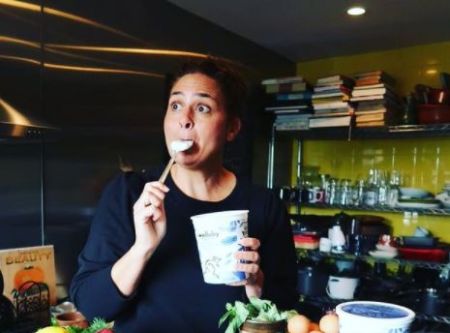 CAPTION: Antonia Lofaso's net worth is estimated at around $2million SOURCE: Instagram @chefantonia

In 2015 and 2016, she worked as a restaurant adviser on Seasons 2 and 3 of CNBC's competition/investment show Restaurant Startup. She has also competed at Guy's Grocery Games, a judge (and won). Selena Gomez's cookery show, Selena + Chef, featured her in 2020. She also made an appearance on the hometown episode of The Bachelorette's 16th season. Furthermore, she is the owner and founder of many restaurants like Black Market Liquor Bar, DAMA, and Scopa Italian Roots, which adds wealth to her net worth.

As of September 2021, Antonia's net worth hasn't been revealed yet; however, it is a s sumed to be around $2 million. Her significant source of income is through her sucessfull career as a chef. Furthermore, appearing in big networking companies like ABC, CNBC, GSN, and HBO makes sure that she earns a decent amount of money through appearances in reality television shows.

Is She Married? Does She Have A Child?

The 44-year-old Chef hasn't disclosed anything about her relationship at the moment. She hasn't introduced anyone as her husband or life partner; therefore, we can a s sume she is single at the moment.

However, she was previously in a relation with rapper Heavy D (Dwight Myers). The duo was staying together but wasn't married. Later in 2001, the couple was blessed with their first child, their daughter Xea Myers. 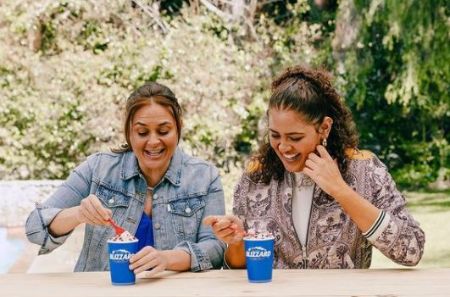 Unfortunately, her partner Heavy D was no long due to Pulmonary embolism on November 8, 2011. Since then, she has kept her love life away from the limelight.