Anton Klingspor is an American entrepreneur and investor. He is the founder of Indicina Ventures. The firm aims to provide resources and funds to help jumpstart small internet business ventures. Anton has been a major feature in some famous magazines including Forbes and HuffPost.

Anton Klingspor was born on October 9, 1999, in Hickory, North Carolina, USA. He attended the Asheville School in North Carolina. He was active in his school’s club activities and partook in the school’s Investment Club and Hoste Society. 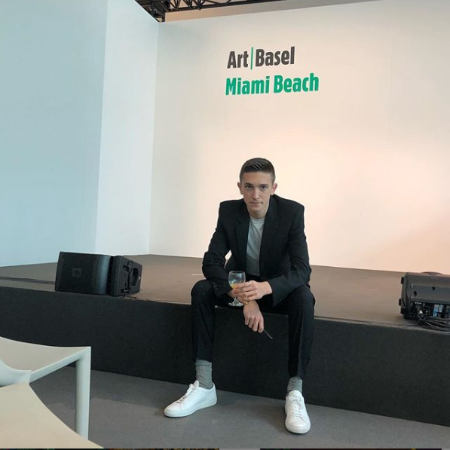 Anton was interested in entrepreneurship as early as six years old, courtesy of his family’s abrasives-manufacturing business, named Klingspor Abrasives. He used to attend board meetings to get the lie of the land and dreamed of owning his conglomerate in the future.

When he was in junior high school, he was already creating a website with proprietary software to allow his cla s smates to purchase shoes from the Adidas store. Anton is proficient in computer science and information security, and he is diligent in several programming languages, including PHP, HTML5, Cascading Style Sheet, and Python programming language.

Anton Is The Founder and Business Partner of His Firm, Indicina Ventures

Anton founded Indicina Ventures in December 2016 when he was only 17. Indicina Ventures is a Miami-based incubator and venture capital firm. The firm provides the funds and resources to young entrepreneurs who are overlooked for their age to get a foot into the door. The firm’s mission is to help startup tech ventures for his peers, the Gen Zers, and create a strong presence on the Internet.

Being such a force at such a young age, Anton has been a feature of many reputed publications such as Forbes and BuzzFeed. He was named the #1 in HuffPost’s Top 10 Startups of 2017 You Won’t Want to Miss. 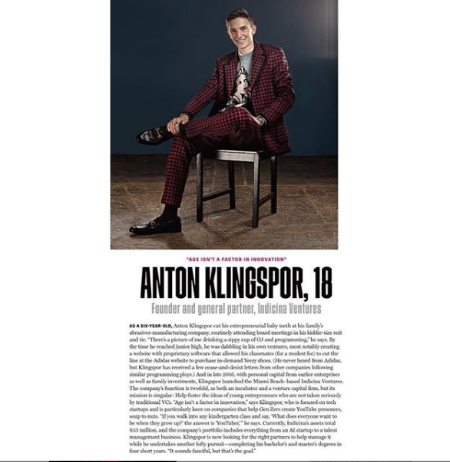 As of 2019, Indicina worth $53 million. The company is coping with the tools and resources ranging from AI startup to talent management services.

As of 2019, Anton’s net worth is estimated to be above $1 million. At just 20, Anton is already one of the most prospective entrepreneurs of the generation. He is the founder and the general partner of his firm, Indicina Ventures, which is worth $53 million. He is also a prominent fixture on Instagram, currently at 117.9k followers.

Anton is just 20 and already a worldwide sensation. While there may be fans clamoring for his attention, Anton has stayed away from the rumor mill. He is not known to be dating at the moment. Unsurprisingly, he is more interested in his business venture and carving his name into the history books as one of the finest entrepreneurs of his generation.